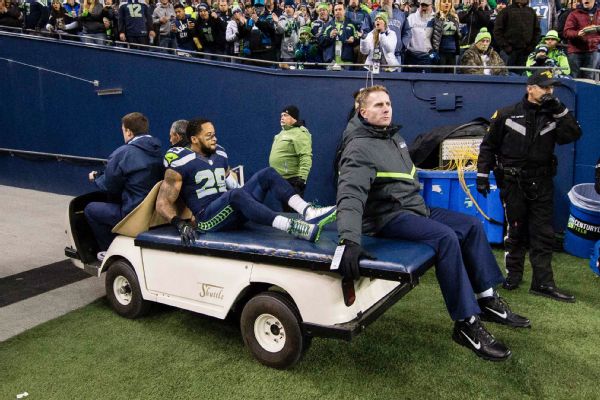 SEATTLE -- Seahawks safety Earl Thomas broke his left leg during Sunday night's 40-7 blowout win over the Carolina Panthers and will be out at least six weeks, Pete Carroll said.

"He broke his leg tonight, so I don't know what that means, but it's always six weeks anyway," Carroll said. "I don't know how severe it is, but it's very unfortunate.

"He ran intoKam [Chancellor], and Kam's made of steel, so that's going to hurt, and it sure did."

Thomas, 27, collided with Chancellor while breaking up a pass intended for tight end Greg Olsen with 10:40 left in the second quarter. Thomas tried to get up and walk the injury off but was unable to and dropped back down to the turf.

Members of the Seahawks' medical training staff carried Thomas off the field so he wouldn't have to put weight on his left leg. He was later taken off the field on a cart.

Carroll said he didn't know definitively whether Thomas has a chance of returning at some point this season.

During the game, Thomas tweeted that he had "no regrets" but that there was a lot running through his mind, "including retirement."

He also directed a playful jab at Chancellor.

Thomas' teammates warned afterward not to take the retirement talk too seriously.

"We all talked to him. He's in good spirits," said cornerback Richard Sherman. "He's a strong-willed dude, so he'll be fine."

"All of us consider retirement just about every game," Sherman continued. "And when you get an injury like that, a lot of stuff goes through your mind.

"I would think it's a little bit of an exaggeration."

Thomas had never missed a game in his NFL career until Week 12, when he was sidelined with a hamstring injury. That broke a streak of 118 straight starts (regular season and playoffs) since he was drafted in 2010.

Steven Terrell will take over at free safety for the Seahawks. He has made one start during his three-year career.

Earl Thomas leaves game with leg injury
While leaping to defend a pass, Earl Thomas collides with teammate Kam Chancellor and lands awkwardly. Thomas would have to be helped off the field by the Seahawks' medical training staff and would not return. 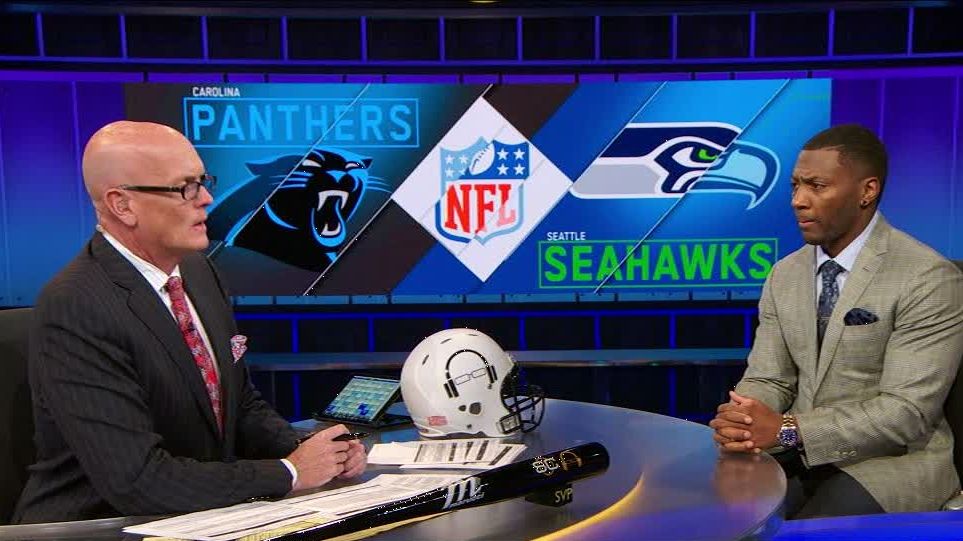