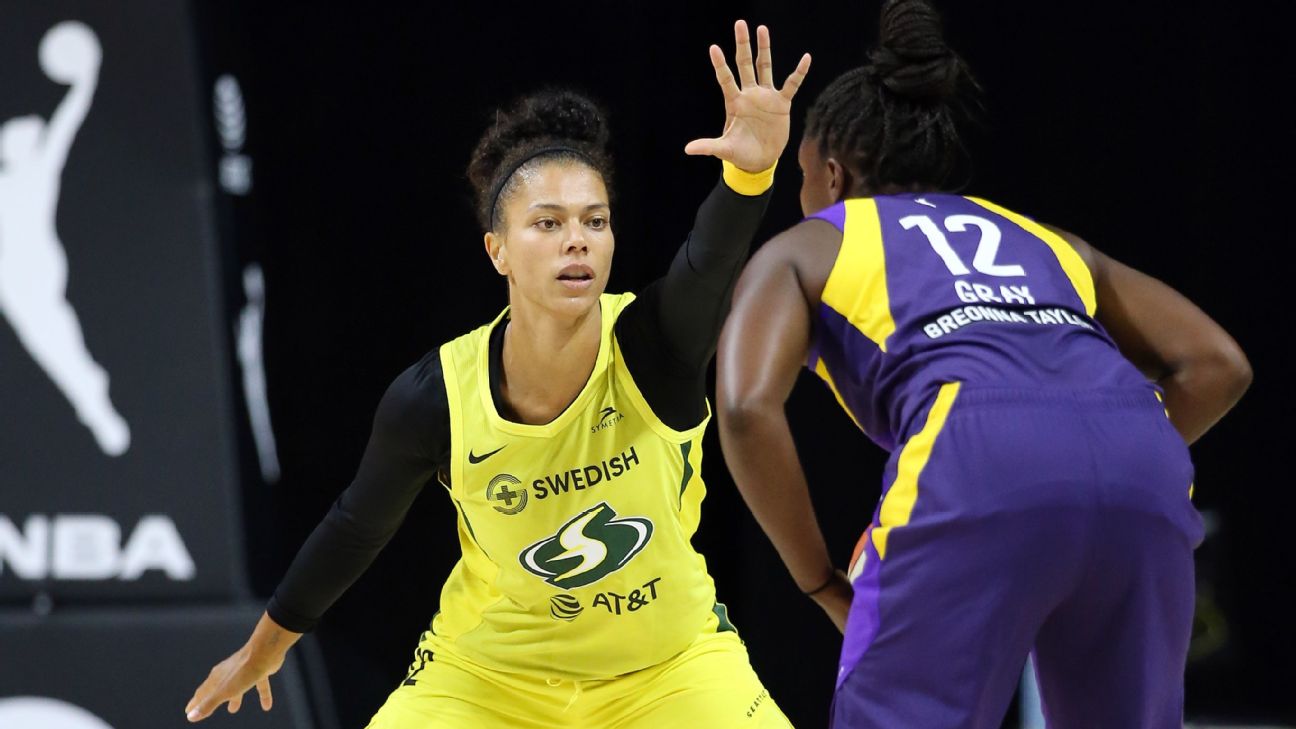 The Seattle Storm's Alysha Clark led all vote-getters as a unanimous choice for the WNBA's all-defensive first team, announced Tuesday by the league. Her Storm teammate, Breanna Stewart, was on the second team. Seattle has advanced to play in the WNBA Finals, which begin Friday (ESPN2, 7 p.m. ET).


It reflects a difference in voters: The WNBA's defensive player of the year is voted on by media, while the all-defensive teams are voted on by the league's coaches. That also used to be the voting system in the NBA, but it changed before the 2013-14 season; since then the media has voted on both honors. Before then, there were four instances where an NBA defensive player of the year winner was on the all-defensive second team and not the first, reflecting the two different voting panels.

Parker was also the Associated Press defensive player of the year, but Clark won the ESPN.com DPOY honor. Clark helped the Storm rank second in points allowed per game at 76.0.

The WNBA coaches were not allowed to vote for players on their own team; Clark got first-team votes from the other 11 coaches. Players got five points for each first-team vote and three points for a second-team vote. Players were slotted into the first and second teams by their position, so there are two guards, two forwards and one center on each. The 5-foot-11 Clark is listed on the Storm's roster as a forward, but she was voted into an all-defensive spot as a guard by the coaches.