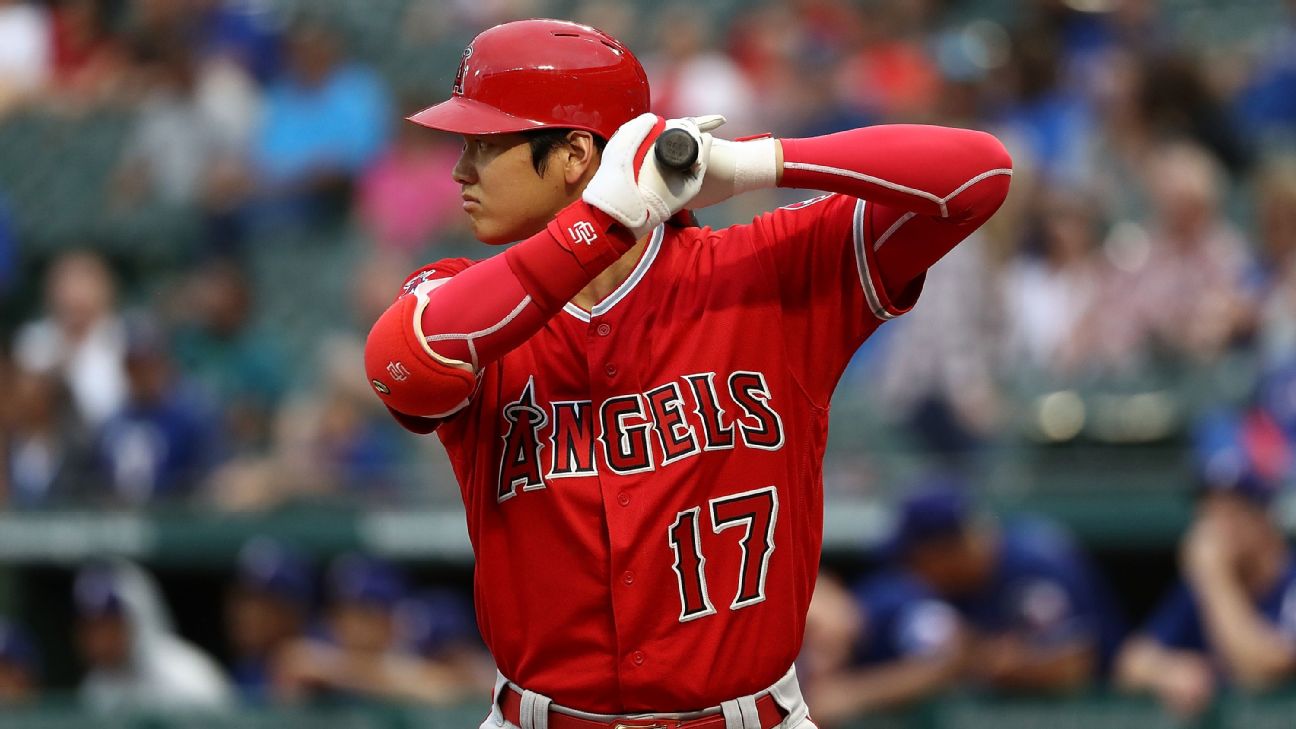 CHICAGO -- Los Angeles Angels two-way star Shohei Ohtani says he plans to finish this season as the team's designated hitter and hasn't decided yet whether he'll have Tommy John surgery.

The 24-year-old rookie maintains he'll be able to return next season as a DH, even though he might not be able to throw again until 2020. He was in the lineup Friday night against the Chicago White Sox, batting fifth, and hit a three-run home run in his second at-bat in the Angels' 5-2 victory. Ohtani has four homers over his past three games and now has 19 on the season, breaking a tie with Kenji Johjima for the most by a Japanese rookie in the majors.

"Nothing's set right now," Ohtani said through an interpreter about how he will treat his elbow injury. "I have a few options out there. I'm still trying to look into every option. And I will end up making a decision hopefully sometime toward the end of the season."

The Angels announced Wednesday that an MRI showed Ohtani had new damage in his pitching elbow, and that Tommy John surgery was the recommended course of action. Ohtani, who throws right-handed and bats left-handed, hit two home runs later that night against theTexas Rangers.

"Swinging doesn't affect my elbow in any way," Ohtani said. "I feel like I'm progressing as a hitter right now. I'm getting as many experiences as I can while the games count."

"When he got injured on one thing, he can do another," Trout said. "It's pretty amazing. He could easily shut the season down, but he wants to finish out strong and he's worked hard in the [batting] cage and just in general coming to the field."

Ohtani was diagnosed with a sprained right ulnar collateral ligament after a start June 6. After receiving a platelet-rich plasma injection and an injection of stem cells, he was hitting again in early July, and he returned to the mound with a start last Sunday against theHouston Astros.

Ohtani lasted only 2 innings against the Astros, and he had a drastic drop in velocity during the game. He had been scheduled to throw a light bullpen session Wednesday but never did after reporting that his elbow was sore. The medical staff then decided that he should get the new MRI in Texas.

Ohtani said he wasn't surprised by the recommendation for reconstructive elbow surgery.

"I also got hurt in the middle of the season and had the PRP stem-cell shot, and I knew it wasn't going to work 100 percent, so somewhere in the back of my mind, I was preparing for the Tommy John, having to get Tommy John," Ohtani said.