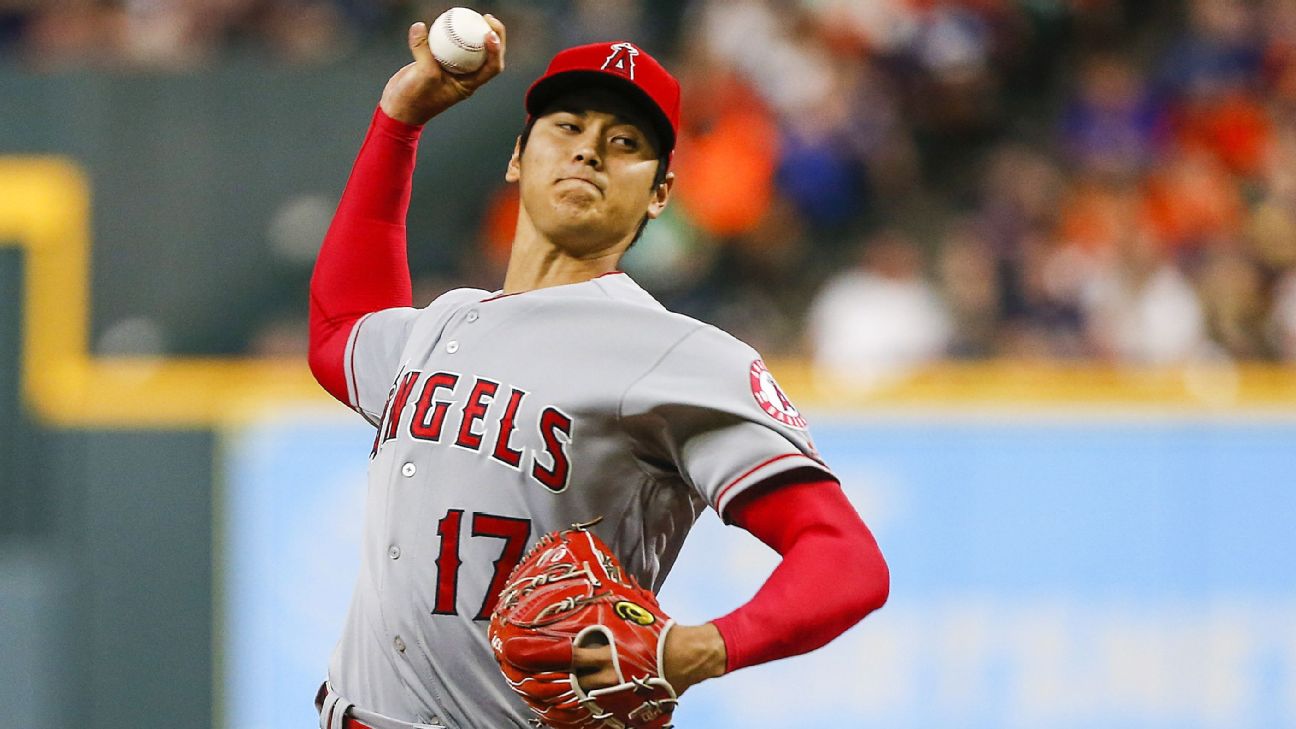 Shohei Ohtani has suffered what the Los Angeles Angels described as "new damage" on the ulnar collateral ligament of his right elbow, prompting the organization's physicians to recommend Tommy John surgery, which would keep the 24-year-old two-way sensation off the mound until 2020.

The final decision rests with Ohtani, but the Angels have prepared themselves for what now seems like an inevitability. Angels general manager Billy Eppler called the news "disappointing" during a conference call with the media on Wednesday, hours before Ohtani belted two home runs in a 9-3 win over the Texas Rangers.

Eppler thought back to his scouting trips to Japan, when Ohtani was a high school phenom, and to his conversations with Ohtani in December, when the Angels beat out basically every major league team by becoming his preferred destination.

"He made a commitment to us, and he trusted us," Eppler said. "He trusted that we would use him in a two-way role, and we made that commitment. When you commit to somebody, it makes it hard to walk away from them, or it makes it hard to change course on them. Not only are you letting them down, but you're living with the responsibility that comes with committing to somebody."

The Angels "do still see [Ohtani] as a two-way player," Eppler said.

Ohtani has been cleared to continue to serve as the designated hitter and batted third at Globe Life Park in Arlington, Texas, reaching base all five times and scoring four runs. Asked whether Ohtani would stay in the lineup as a DH beyond Wednesday, Scioscia said, "We'll see. That's going to be determined from our medical department."

Eppler wouldn't entertain hypotheticals about Ohtani's potential 2019 role if he does have surgery, a scenario that could, in theory, include him becoming an outfielder for at least one season.

The two are expected to have more in-depth conversations about the next course of action on Monday, after the team's road trip.

Ohtani didn't speak with reporters after the announcement about his injury or following Wednesday's game.

"He's mentally tough in any situation he's ever in," Scioscia said after the game. "Tonight, he was a hitter. He didn't think about what the future is and what the decision is he's got to make for his elbow. He was out there playing baseball and hitting the ball."

Ohtani underwent stem-cell and platelet-rich plasma (PRP) therapy upon experiencing stiffness in his pitching elbow after a June 6 start against the Kansas City Royals. He was diagnosed with a Grade 2 sprain in his UCL, but Eppler has said throughout that surgery was, at that moment, not an expected outcome. Ohtani continued to serve as a DH and eventually worked his way back into the Angels' rotation, pitching against the Houston Astros on Sunday.

But Ohtani threw only 49 pitches and saw his velocity dip to the low 90s by the third inning. Ohtani was scheduled to throw a light bullpen session on Wednesday, but he reportedly complained of stiffness, prompting another MRI.

Eppler expressed his belief that the Angels' treatment plan for Ohtani was "thorough and well-reasoned. All imaging and markers and data pointed to him being ready to take the next step."

Despite missing time, Ohtani remains a strong candidate to win the American League Rookie of the Year Award, with a .946 OPS in 279 plate appearances and a 3.31 ERA in 51 innings. He has attempted -- and, in many ways, accomplished -- what hadn't been done since Babe Ruth 100 years ago.

That also took a toll.

"He trains, he eats, he sleeps like nothing I've ever seen before. And he's an extremely gifted athlete. He's an extremely talented athlete. Is throwing hard good? Yes. It helps you get out hitters. Is throwing hard dangerous? Yes. It stresses ligaments. But Shohei's demonstrated the ability to be impactful on both sides of the baseball. ... I don't want to speak for all the other teams, but I think every team would want impact in both the batter's box and on the mound. He brings that here."

Ohtani could become at least the fourth Angels pitcher to opt for Tommy John despite attempting conservative treatment, after Andrew Heaney, Garrett Richards and J.C. Ramirez. But that has not dimmed Eppler's enthusiasm about stem-cell therapy and PRP.

"We're always going to be open-minded to treatment protocols," Eppler said. "Every player is different."

The Angels were expected to contend this season, but their rotation couldn't stay healthy, their offense sagged and their bullpen had holes. They entered Wednesday with a 67-72 record that had them 19 games out of first place in a highly competitive American League West and are on the verge of missing the playoffs for the eighth time in nine years, in what is expected to be Scioscia's final season as their manager.

Eppler was asked, once again, if he would consider trading arguably the game's best player in order to rebuild the roster.

Eppler added that his goal is to "put together a contending team next season." But he will probably have to do so without Ohtani, at least as a starting pitcher.

"We committed to each other in this process, and we will get through it together, as a team," Eppler said in reference to Ohtani. "But I do feel disappointment for the other guys in that clubhouse, the people in this organization and primarily for Shohei in this. It's tough."