Source: Reggie Bush has mild calf strain, but no tear 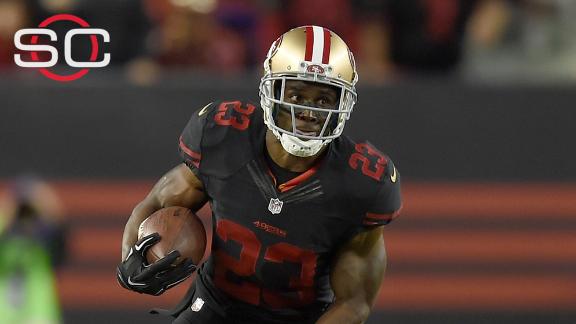 San Francisco 49ers running back Reggie Bush has a strained calf, but the muscle is not torn, a source told ESPN NFL Insider Adam Schefter on Tuesday.

Bush, who left the team's season-opening 20-3 victory over the Minnesota Vikings on Monday night with the injury after just two carries, was walking around Tuesday without a limp, according to coach Jim Tomsula.

"He looked good," Tomsula said of Bush, who was carted from the sideline to the locker room. "I mean, he's not running yet, but he looks fine and they're treating him and he's going to get everything checked."

So if all checks out, might Bush, who had two rushes for eight yards against the Vikings, play on a short week at the Pittsburgh Steelers on Sunday?

"I don't know that," Tomsula said Tuesday, "but I will give you that answer as soon as we have it. Again, we don't want something that can be taken care of [treated and healed] in four days to end up being six weeks. So I do want to stay on that approach.

Bush was one of the Niners' top free-agent pickups this offseason, signing a reported one-year deal worth as much as $2.5 million, though he does have a history of injuries. With theDetroit Lionslast season, an ankle injury suffered in Week 5 limited him to just 11 games as he finished with 297 yards rushing and two touchdowns on 76 carries with 40 receptions for 253 yards.

He was used sparingly this preseason, carrying the ball once for a 21-yard pickup and returning one punt for four yards. 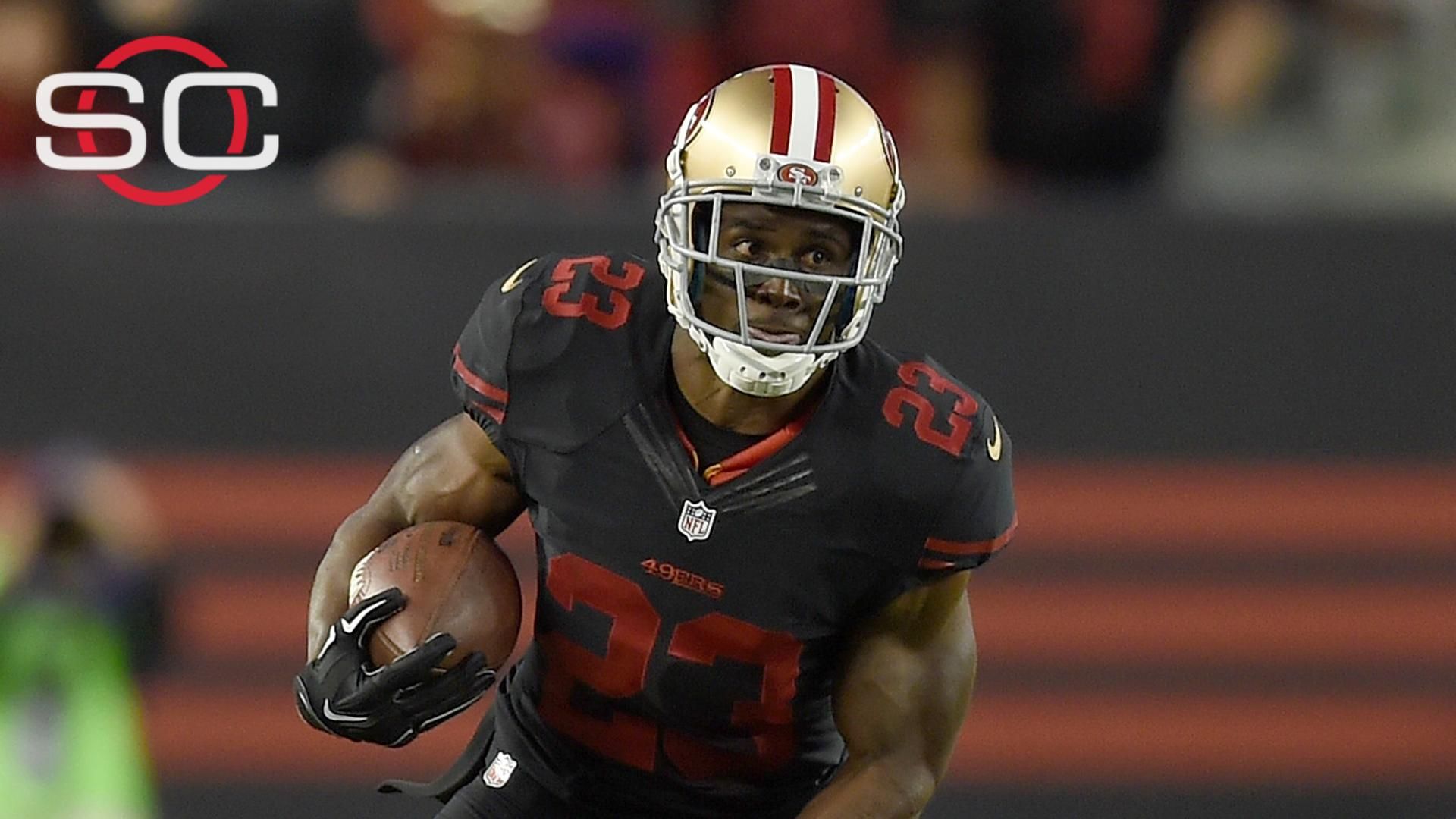