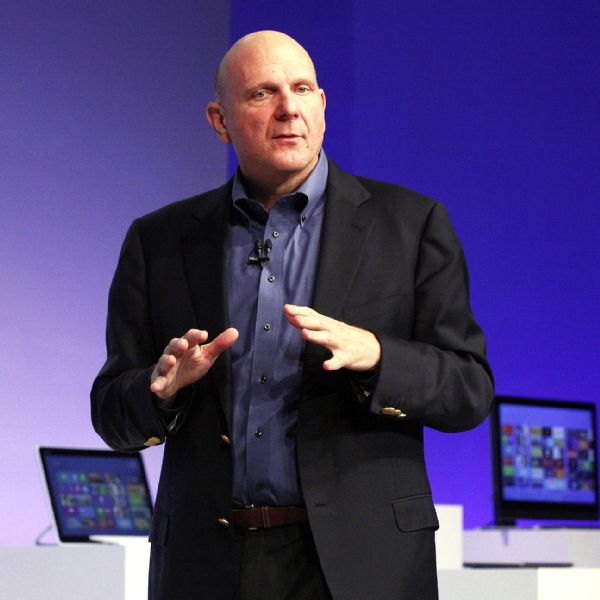 BOSTON -- LA Clippers owner Steve Ballmer on Saturday said that trading Blake Griffin was "a very difficult decision," but that considerations about the future, as well as injury and chemistry concerns, necessitated the blockbuster deal with the Detroit Pistons.

Ballmer was interviewed at MIT Sloan Sports Analytics Conference by ESPN's Rachel Nichols as part of a conversation with FiveThirtyEight's Nate Silver. (ESPN is a presenting sponsor of the conference in Boston).

The Clippers traded Griffin on January 29 to the Detroit Pistons in a six-player deal that included big men Brice Johnson and Willie Reed in exchange for forward Tobias Harris, guard Avery Bradley and big man Boban Marjanovich, as well as a protected 2018 first-round draft pick and a 2019 second-round draft pick. Last July, the Clippers signed Griffin to a five-year, $173 million maximum contract after an elaborate free agency presentation in which they celebrated Griffin as a "Clipper for life."

"We have to add some pieces obviously, but I think we're building for what I think is the modern NBA, and that trend has only accelerated since we signed Blake last summer."

Ballmer said that as the Clippers owner, he doesn't believe in the practice commonly regarded as "tanking," whereby teams strip their rosters of high-level talent and endure losing seasons with a focus on accumulating high draft picks.

The NBA fined Dallas Mavericks owner Mark Cuban $600,000 for comments he made on a podcast saying he told Mavericks players that losing games was "the best option" for the struggling team.

To Silver's suggestion that there are several NBA teams that are comfortable being a competitive, playoff team, albeit not a championship contender, Ballmer said, "There are owners who believe that. I am not one of them. I'd like a big, fat ring right here. And you're right, they are different strategies.

"There are two things that are really good in the long run. You get the first pick in the draft, or you win a championship. If you won a championship 20 years ago, it still helps your business."

The MIT Sloan Sports Analytics Conference, co-chaired by Houston Rockets general manager Daryl Morey, hosts luminaries in sports and culture to discuss the virtues of data and analytics. President Barack Obama spoke in conversation at the conference on Friday.

Ballmer said that the Clippers organization deploys analytics in a number of areas, including health and coaching, but that he was most fascinated by the use of data with regard to the management of the NBA's complex collective bargaining agreement, which governs the salary cap. Ballmer alluded to a trade the Clippers made this past offseason which sent former Clippers point guard Chris Paul to the Rockets for a collection of players.

"I find it a very interesting numeric chess game, if you will," Ballmer said. "There are teams that absolutely do it better, and do it worse. I see [Morey] sitting in the front row. We made a trade: Chris Paul for a number of guys back from Houston. I thought they did something very clever having a whole set of non-guaranteed contracts that really gave them more flexibility in putting the deal together with us than they would've had otherwise."

Ballmer said he's not ready to pass judgment on his newly assembled front office, led by president of basketball Lawrence Frank, who replaced Doc Rivers this past summer as the Clippers' lead basketball operations executive, and general manager Michael Winger.

"For me, it's a little like assessing a new product developed in tech," Ballmer said. "Maybe it takes four of five years to launch. You better not assess the development team on what it looks like in Year 1, but if it's Year 7 and you still haven't shipped, or it's Year 5 and you've shipped a piece of crap, you can do a pretty good evaluation. That's how I think about front office."

Asked how he appraised his $2 billion bid for the Clippers in 2014 -- then a record for an NBA team -- Ballmer said he relied on both quantitative analysis and intelligence of the marketplace and the pool of potential buyers.

"I looked at what the cash flows would be, and what kind of multiple you'd put on," Ballmer said. "A team in L.A. is literally beachfront real estate. It's worth a lot more than teams everywhere else. Because if you ever get a foreign buyer later on -- foreign buyers only want to buy in a few cities, which I knew because it was part of the pressure on the price. There was a lurking foreign buyer, if you will, for the team. But ultimately, I knew what the price was in the good old-fashioned way: I knew what the next bidder wanted to pay."
Report a correction or typo
Related topics:
sportsespnsteve ballmersloanmitla clippersnbablake griffin
Copyright © 2022 ESPN Internet Ventures. All rights reserved.
TOP STORIES
UPS driver, 24, collapses, dies in SoCal heat
Villanueva's former top aide admits belonging to alleged deputy gang
New Glassell Park restaurant at center of gentrification debate
14 suspects grab and run out with merchandise from Century City mall
4th of July fireworks in Southern California: Where to watch
Experts set expectations about 'vaccine efficacy'
Fewer young Americans want to serve, due to obesity fewer qualifies
Show More
Disneyland replacing Splash Mountain with Tiana's Bayou Adventure
New California laws on bars, ghost guns, schools taking effect
Texas Supreme Court blocks order that resumed abortions
Newsom adds restrictions on ghost guns, marketing firearms to minors
Crenshaw celebrates Nipsey as accused killer stands trial
More TOP STORIES News