The ship is sinking in the Bottom Ten-nessee 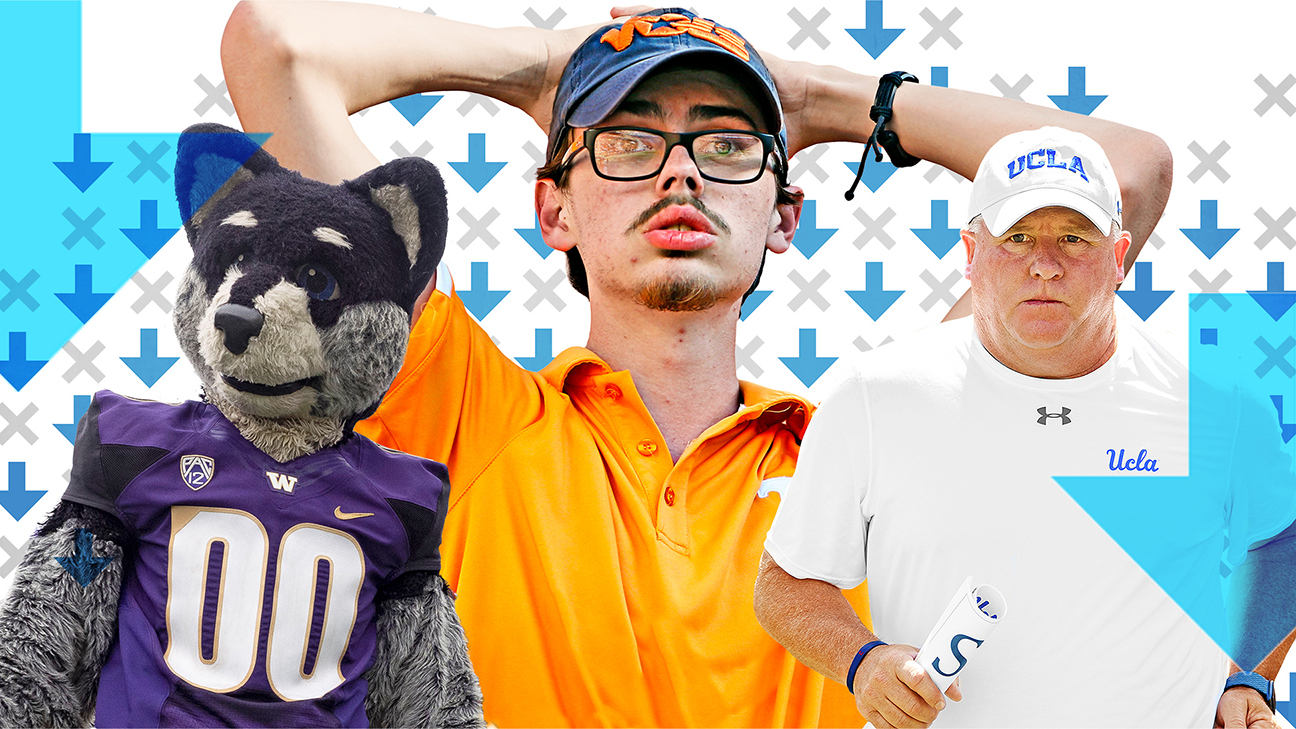 ESPN
By Ryan McGee
Bottom 10 Inspirational thought of the week:


Darkness be over me, my rest a stone.

Yet in my dreams

More than a century later, there is still much debate as to what song the eight-person band defiantly played on the deck of the RMS Titanic as it started its final descent into the icy waters of the North Atlantic.

A wealthy first-class passenger named Vera Dick lived out her days telling the dramatic tale of the Titanic band, and in her story she said the tune was the hymn "Nearer, my God, to Thee" and that is the song used in the James Cameron's Oscar-winning film. But other survivors of the sinking ship said she couldn't possibly have had any idea what song was played because she had bailed on a lifeboat long before the ship went down. Later, a crew member who'd been on board until the bitter end said Dick's legend was wrong and that he had heard what the last song actually was.

On Monday, when Tennessee head coach Jeremy Pruitt searched for the perfect metaphor for his team's 0-2 start, he raised the Titanic. More specifically, the movie, which hit theaters back when he was in college. And he did it the week after a Vol Navy yacht sank next to Neyland Stadium. "When the boat starts going down, remember all the mice running to the top, right? We have had a few that left our program, but you will figure out who wants to be a Tennessee Vol and who don't. I can tell you this. I want to."

Oh, by the way, the Titanic crewman who says he heard the last song played was wireless operator Harold Bride. "I had only one thing on my mind, to get away from the suction," he said later, sounding as if he were talking about Tennessee football. "The last I saw of the band, when I was floating out to sea with my lifebelt on, it was still on deck, playing. How they ever did that I cannot imagine ... still on the deck, playing a song ... titled 'Autumn.'"

As in, that time of year when football teams start to sink, no matter whether they be full of mice or men.

The Land of Lincoln ran over all of New England. Southern Illinois totally Salukied the Minutemen 45-20, while just one hour down the road, Illinois won in Storrs, Connecticut. Sources tell me that the U of I and SIU head coaches were last seen hammering down the Massachusetts Turnpike in a 1974 Dodge Monaco with Illinois plates, wearing sunglasses at night and mumbling something about being "on a mission from God."

As previously mentioned, the Randy Edsall Charm School lost the Pillow Fight of the Week undercard match to Ill-uh-noise, which earned its first nonconference road victory in a dozen years. To be clear, that's a dozen normal human years. In Lovie Smith beard years, that's four score, eight cubits and one Old Testament flood ago.

Remember that feeling you had back in the spring when the new "Star Wars: The Rise of Skywalker" trailer dropped and you heard that familiar evil laugh and went "Oh snap! The Emperor is back!" That's what Jeremy Pruitt hears whenever he walks past Phillip Fulmer's office. "Everything that has transpired has done so according to my design ..."

The Other Aggies completed the second leg of their Fifty Shades of September tour, losing at Alabama, Sixty-Tua to 10. Thus far the NMSU efense is surrendering 60 points per game, good for last in the nation. And yes, that's efense. There's no "d" to be found.

The bad news? The Huskies land in the Coveted Fifth Spot after a second consecutive year of uninspired effort against Cal. The worse news? The Huskies are gonna need a lot of help to win the Pac-12 North. The worser news? The Huskies have officially lost their preseason "CFP sleeper pick" status. The worstest news? The Pac-12 might be down to one CFP hope after only two weeks of play. But the good news? Because of awful weather and ensuing delays on the West Coast, most of the nation didn't see any of all that bad stuff happen. Neither did at least one person in the stands at Husky Stadium ...

Meanwhile, in the Pac-12 South, the coach who used to own the Pac-12 North might want to ask that guy at Husky Stadium for some help. With Oklahoma coming to town, Chip Kelly is going to need something to take his mind off the scoreboard.

The Owls opened the season with a close 14-7 loss to Army, which just suffered a close 24-21 loss to Michigan, which is still ranked 10th in the AP and coaches' polls. So, if you're scoring at home -- and we are -- the margin between being in the top 10 and being in the Bottom 10 is only one fourth-quarter touchdown pass and one overtime ball strip. In related news, while I was on the set of SEC Nation last weekend, I convinced myself I was only two protein shakes away from being built like Tim Tebow.

The Golden Flashes replace Akron-monious as this week's MACtion representative, but only partially because of what they did on the field, barely edging FCS school Kennesaw State. No, what lands them on this week's list is what they did to get onto that field in the first place. School officials marched into the middle of a nearby field and called off a field hockey match between the Flashes and No. 24 Maine just as that contest was moving into double overtime. Why? Because it was time for the Kent-Kennesaw game ... and the fire marshal needed the field cleared in order for the pregame fireworks show to begin. So school officials called off the match by declaring it a scrimmage. Later, when the football game also went into overtime, the Kent State and Maine field hockey players stormed the field, screaming, "Stop! Stop! This is now a scrimmage! We need this field for our model rocket club!" OK, they didn't really do that, but I really wish they would have.

The Fightin' Falwells' loss at Louisiana-Lafayette felt like a trip to the dentist. Like, literally. Still-ailing Hugh Freeze coached from a dental chair after coaching Week 1 from a hospital bed. Sources tell the Bottom 10 he will coach the next two home games from an iron lung and a Walmart Hoveround.

So, you thought because Kansas hired Les Miles it wouldn't return to these rankings? Well, if you suffer a 12-7 baseball-score loss at home in the Pillow Fight of the Week against the then-ninth-ranked Bottom 10-dwelling Coastal Carolina Chanticleers, then yes, you will definitely return to these rankings. And the Jayhawks did. And it feels good. Because there's no place like home. 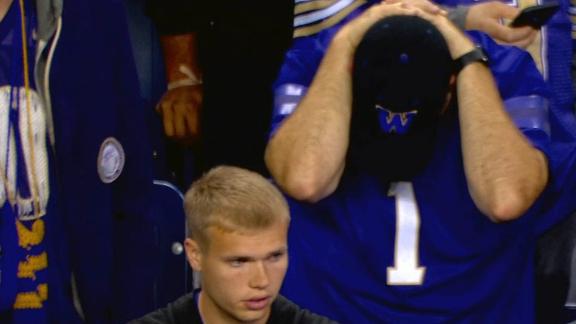 Washington joins McGee's Bottom 10 after Week 2
Ryan McGee breaks down his Bottom 10 teams in college football, with the Washington Huskies making the list, and UConn and UMass remaining at the top. 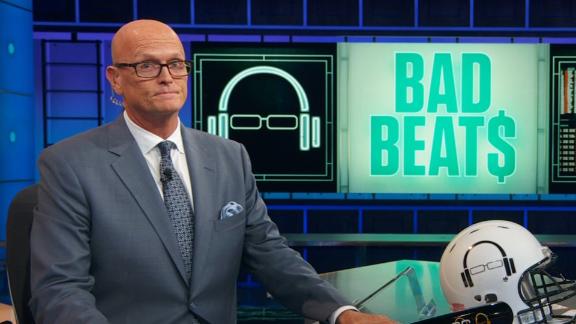