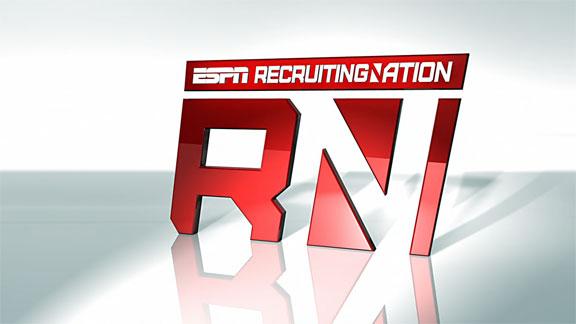 SANTA ANA, Calif. -- After 29 years as the head football coach at famed Mater Dei High, Bruce Rollinson has seen just about all there is to see. So in September, when his star quarterback, junior J.T. Daniels, asked if he would meet with him and his parents, Rollinson didn't make much of it.

Usually, these types of requests are about playing time, but with Daniels, who committed to USC as a sophomore, that obviously wouldn't be the case. Daniels had the Monarchs off to a 5-0 start and the team was widely considered the best in the country.

What happened next caught Rollinson off guard. Sitting next to his parents, Daniels delivered a message his coach initially couldn't comprehend.

"In my mind, I'm saying, 'What is he talking about?'" Rollinson said. "I had never heard of that."

Reclassifying -- as Daniels and his father, Steve, explained -- meant graduating with the Class of 2018, a full year early, in order to enroll at USC in the summer. Daniels wanted to leave Mater Dei without playing his senior season, and with Trojans quarterback Sam Darnold expected to depart for the NFL, the timing could allow him to immediately compete for the starting job.

Rollinson was heated. There was a selfish element because of what Daniels' departure would mean for his team, but Rollinson was also concerned the idea, a foreign concept to him, came about due to outside pressure -- possibly from USC. He calmed down quickly, once Daniels and his parents made it clear that this was what Daniels wanted.

Daniels says he was asked about the prospect of reclassifying by reporters before he had ever given it any real thought.

"I laughed it off for a couple weeks," he said.

But then, as he thought longer about it, it made more and more sense. Daniels, who will be 18 years old during next football season, felt prepared, both academically and athletically.

"I was with him when he first heard about [reclassifying]," said Nikko Remigio, a longtime friend and Mater Dei wide receiver committed to Cal. "He said, 'How would I even do that?' Would he drop out of high school and get his GED? We didn't even know."

Within a couple days of meeting with Daniels and his family, Rollinson was on the phone with Helton.

"Clay said he had never dealt with anything like this either and wasn't really sure how it would work," Rollinson said.

Since Daniels' freshman year, when he received his first scholarship offer, he was operating under the assumption that he would graduate in December of his senior year and enroll, at whatever school, in time for spring practice. He was already working ahead of schedule because of this, but it still took several meetings and conference calls with USC admissions and compliance, the NCAA and Mater Dei to come up with a plan that would allow Daniels to complete all the requirements for graduation and eligibility by the end of the academic year.

The result is a jam-packed schedule that includes 11 classes, including online courses designed specifically for him by Mater Dei. All in the name of shaving one more semester off his high school career.

College basketball recruits -- notably Marvin Bagley III and R.J. Barrett, the No. 1 players in their classes -- each moved up a year to start their college careers. In football, it's rare, but not without precedent. In 2016, quarterback Jake Bentley graduated following his junior season and enrolled a year early at South Carolina. Bentley eventually started for the Gamecocks midway through the season and went 4-3 as a starter, even without that extra high school season.

And Daniels is as accomplished as any of them, or any senior prospect.

Since Rollinson arrived at Mater Dei in 1989, only two starting quarterbacks at the school did not eventually play Division I college football. One of them, Ryan McMahon, was a second-round pick as an infielder for the Colorado Rockies coming out of high school in 2012 and made his Major League Baseball debut in August.

Matt Leinart, Matt Barkley and Colt Brennan are three of the most high-profile quarterbacks to come out of the Orange County powerhouse, but there have been so many that it's a chore for Rollinson to try to rattle them all off.

Like Barkley, Daniels was named the National Gatorade Player of the Year as a junior; he led the Monarchs to a 15-0 record, capped by a 52-21 win in a state championship game against perennial power De La Salle. In three years as the starter, Daniels threw for a school-record 12,014 yards with 152 touchdown passes and 14 interceptions.

At 6-foot-2 and a little more than 200 pounds, Daniels has the required physical gifts to succeed at the next level, but if he does, Rollinson said, it will be more due to the work he puts in preparing himself mentally. He has been watching Daniels develop since he first attended a Mater Dei camp when he was in the sixth grade.

"We've had kids leave here, and it doesn't mean they're bad kids, but we've had kids who want to spend their lunch time with the rest of the student body," Rollinson said. "And on Saturday, they'd rather spend their time surfing or skateboarding. And that's OK. But that's not who we want.

"We want the kid who wants to go the next level. J.T. was at the next level before he started at Mater Dei. You would go into meetings with him and just say, 'Wow.'"

When Daniels started going through the recruiting process, USC was on the periphery. Despite the longstanding ties between the Trojans and Mater Dei, Daniels didn't give the Trojans much thought.

"I honestly never thought I would go to USC. USC was not my dream school, and, honestly, USC wasn't in my top 10 at first," he said. "I only visited there because it's 45 minutes away."

He was more intrigued by Stanford, Michigan and Washington.

But when he did make the short drive north, Daniels was pleasantly surprised.

"I didn't expect myself to like it, and then I fell in love with it and committed a couple weeks later," he said. "The environment Coach Helton has created and the environment being on campus, it just felt like home."

With Darnold officially off to the NFL, USC has just two scholarship quarterbacks on the roster: redshirt sophomore Matt Fink and redshirt freshman Jack Sears, neither of whom arrived with the amount of buzz that Daniels has. The expectation in Los Angeles is that not only does Daniels have a real chance to beat out both of those players, but he might be the favorite.

"I believe once I sign, I get my playbook," said Daniels, explaining his preparations before joining the team officially this summer. "This whole offseason ... it's a serious lifting program for most of the offseason. Getting to about 210 [pounds] consistently, getting a little faster just to stretch a defense better. The other half is the mental game. I don't have a chance [to win the job] if I don't know the playbook by heart. I have to understand college defenses, and I'll be in communication with a lot of people with that. Learn how to manage my time better for college. There is a wide range of things I have to do to get ready."

If someone could do it, Daniels is a strong candidate.

Daniels was 5 years old when he first started playing football. He was 9 when he was working with a private quarterback coach and in the fifth grade when he decided to attend Mater Dei.

From there, it was never a question of if he would be good enough to play college football. Even facing the potential task of replacing a player like Darnold, Daniels has little doubt around his future as a college quarterback.

"I always knew it would happen," he said. "Definitely had a lot of confidence in my game growing up, in my ability and my game." 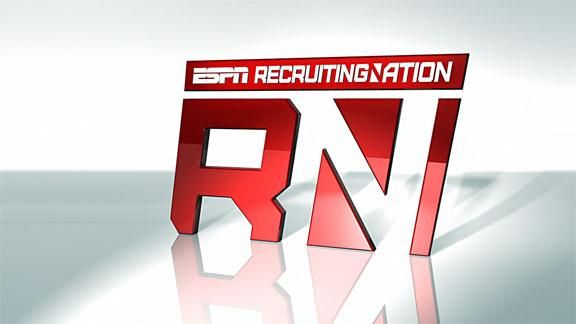