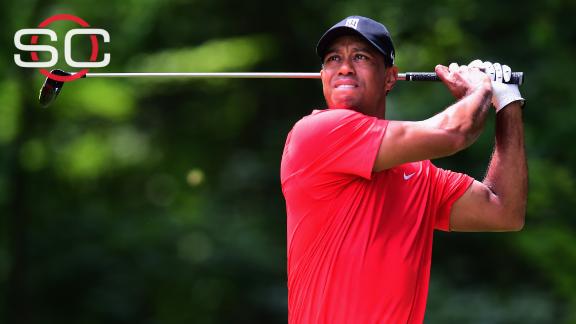 Tiger Woods will not return to competitive golf at the Memorial Tournament next week.

He let pass the Friday deadline for entering Jack Nicklaus' tournament in Dublin, Ohio, and it would seem like a longshot that Woods makes his 2016 debut at the U.S. Open at Oakmont Country Club starting June 16.

The Memorial seemed like a logical place to play if Woods was ready -- it is Nicklaus' event and Woods has won it five times. But Woods, who has not played on the PGA Tour since August and had two back surgeries last fall, shot 85 in the third round at Muirfield Village a year ago.

Woods, 40, has said there is no timetable for his return. He issued no statement Friday, but on May 16 at the Quicken Loans National media day, he said he had yet to play a full 18 holes in a row at his home course in Florida.

"You're coming right into the heart of where I've really had a lot of success,'' he said at Congressional Country Club. "It has been frustrating to not be able to play some of these events like Augusta, Bay Hill, Doral -- places that I've really played well at over the years.

"And I want to play. Trust me, I want to. Now whether I can or not, it's a different story. And if I could tell you, I would, but I can't. Not yet. I'm still working, I'm still trying to get stronger, and still need to try and recover.''

If Woods, who has 79 PGA Tour victories, misses the U.S. Open, it would be the third time in six years he has skipped the major championship. Woods tied for second place, a shot behind Angel Cabrera, at the last U.S. Open played at Oakmont in 2007.

On Thursday, agent Mark Steinberg said Woods' entry into The Open at Royal Troon was done to allow him the opportunity to play the third major of the year if he chooses. The deadline for The Open was Thursday.