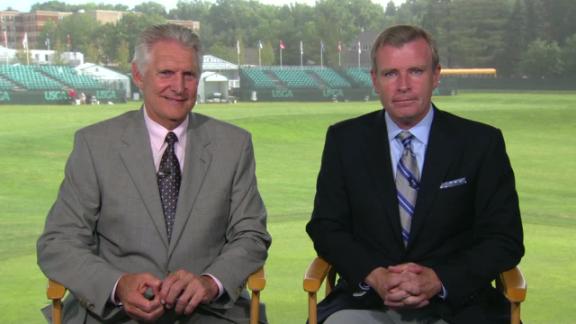 OAKMONT, Pa. -- Storms that took plenty of bite out of Oakmont wound up shutting down the U.S. Open on Thursday.

The first round was suspended for the third and final time just as 28-year-old qualifier Andrew Landry was finishing up a dream round in his debut at golf's toughest test.

Coming off two straight bogeys, Landry hit his approach into about 10 feet on the ninth hole for a birdie attempt when the horn sounded as a violent storm approached. He was at 3-under par.

That wasn't the only memorable U.S. Open debut. Scottie Scheffler, who just finished his sophomore year at Texas, can at least say he was the leader for the day. Scheffler, one of only nine players to finish, opened with a 69.

Seven of the 78 player who teed off in the morning were under par, so Oakmont still presented its typical share of problems, mostly on the greens.

Defending champion Jordan Spieth was irritated by a few mistakes, though he was just 1 over through 12 holes. Spieth was mainly disgusted on the 17th hole when his wedge landed behind the pin, spun back on the rain-softened green and kept trickling until it went down the slope and into a bunker.

"You got to be KIDDING me! How is that in the bunker?" Spieth said from the fairway before slinging his club toward his bag. Even more irritating to Spieth and others was that after the initial delay of 1 hour, 19 minutes, players were sent back to the course without having a chance to warm up.

It could have been worse. Masters championDanny Willett, Rory McIlroy and Rickie Fowler played in the same group and were a combined 14-over par through 13 holes. Fowler had missed the cut in three of his last five events.

Oakmont received more than an inch of rain overnight, and it was evident immediately how much it affected the course reputed to be the toughest in America. Denny McCarthy, the first to hit a shot in the 116th U.S. Open, struck what he thought was a good approach to No. 1. The fairway slopes sharply downhill to a green that runs away from players, and the typical play is to land it some 25 yards short and let it run onto the green and, hopefully, have it stay there.

His shot stopped short of the green.

But while the greens were soft, they still were quick as ever. Starting on No. 10,Bryson DeChambeauhad a 40-foot birdie attempt that didn't stopuntil it was some 35 feet beyond the hole.

Two holes later, Spieth hit a wedge that checked up about 10 feet short of the hole and then trickled a few inches toward the cup. And it didn't stop. Turn by turn, the ball kept moving until it settled 2 feet away. Even then, Spieth gave the putt great care and rolled in it.

"It's nice to know if I miss it, I'm chipping," Spieth said, walking off the green.

There was still enough excitement, with Lee Westwood holing out with a wedge on the 14th hole, Danny Lee holing out from the fairway on No. 6 and McCarthy getting it on the act with a hole-out from the 11th fairway.

Lee was at 2 under through 13 holes, along with Bubba Watson, who made only two pars in his opening holes. Watson has never played the U.S. Open very well, except at Oakmont. He tied for fifth in 2007.

Westwood, Kevin Streelman and Harris English were at 1 under on various parts of the course.

DeChambeau, who won the U.S. Amateur last year and had to qualify for the Open because he turned pro, was among the early leaders until two holes set him back.

His shot out of deep rough in the 18th fairway squirted low and left and into a bunker, and his third shot banged off the grandstand, leading to double bogey. On his next shot at No. 1, he pushed right and into the bushes. Then, he hit a provisional shot into deep rough on the left. DeChambeau was spared by finding his ball. It was unplayable, so he was allowed to go back to the tee. He hit the fairway and limited the damage to a double bogey.

Players were sent back onto the course to play no more than two holes before another band of storms arrived, and play was halted the second time for 2 hours, 26 minutes.

The longest day of all belonged to the likes of Jason Day, Phil Mickelson and the other half of the field that didn't even play. And they faced an even longer day on Friday that for some could mean 36 holes at Oakmont. 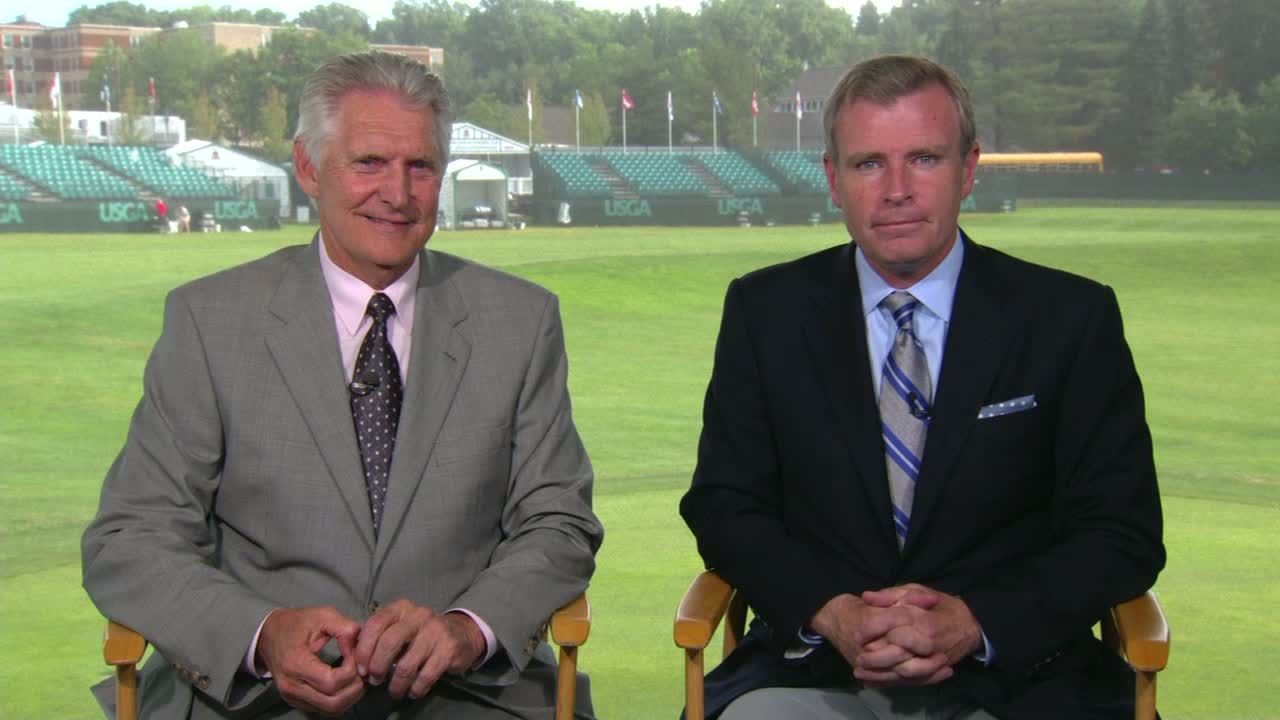