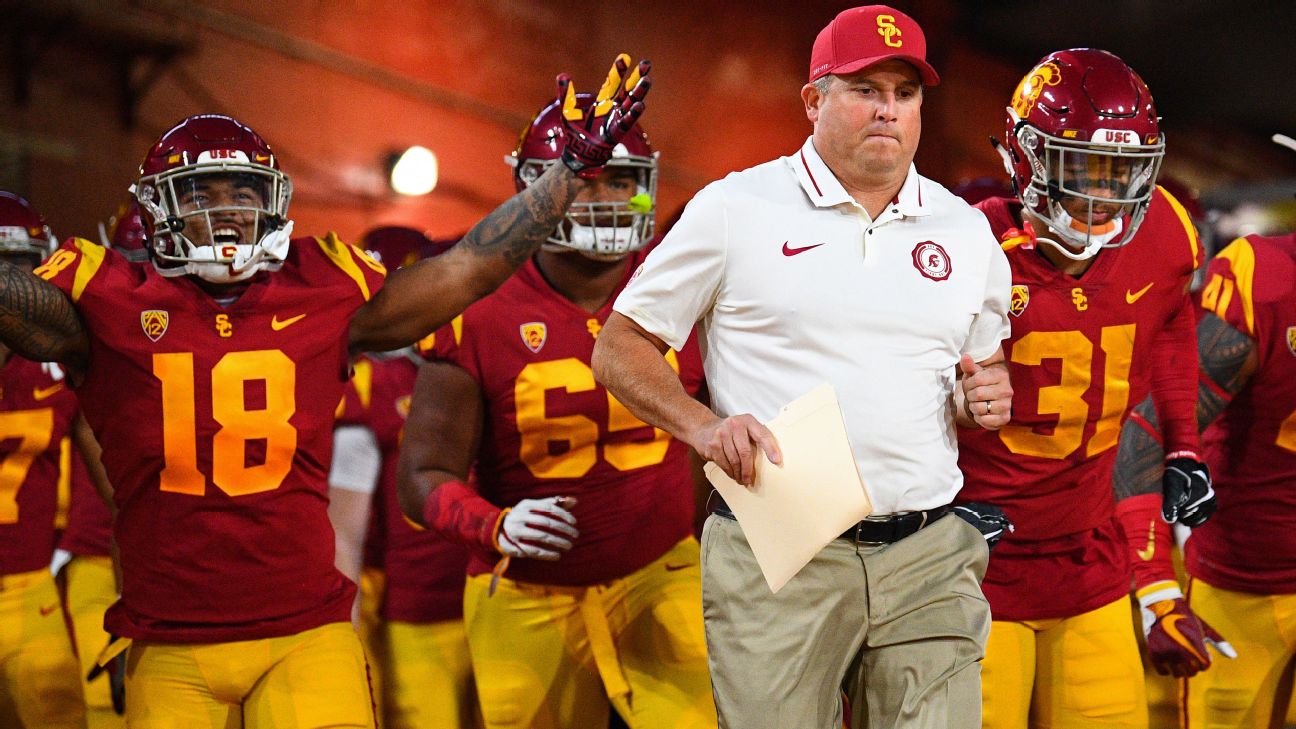 Harrell replaces Kliff Kingsbury, who briefly held the coordinator post at USC before leaving to become head coach of the NFL'sArizona Cardinals.

The 33-year-old Harrell also followed Kingsbury as a record-setting quarterback for Texas Techand developed his coaching style in the Air Raid offense popularized by Mike Leach, who coached both Harrell and Kingsbury with the Red Raiders.

"We wanted someone who could take our offense to new heights and whose system fit our current personnel,'' USC coach Clay Helton said. "An individual who knows both the pass and run games and is an aggressive play-caller on game day. Also someone who is a great teacher and who can develop quarterbacks to their full potential. We have found all these characteristics in Graham.''

After Kingsbury's surprise departure, Helton considered a variety of candidates, including several from the NFL ranks.