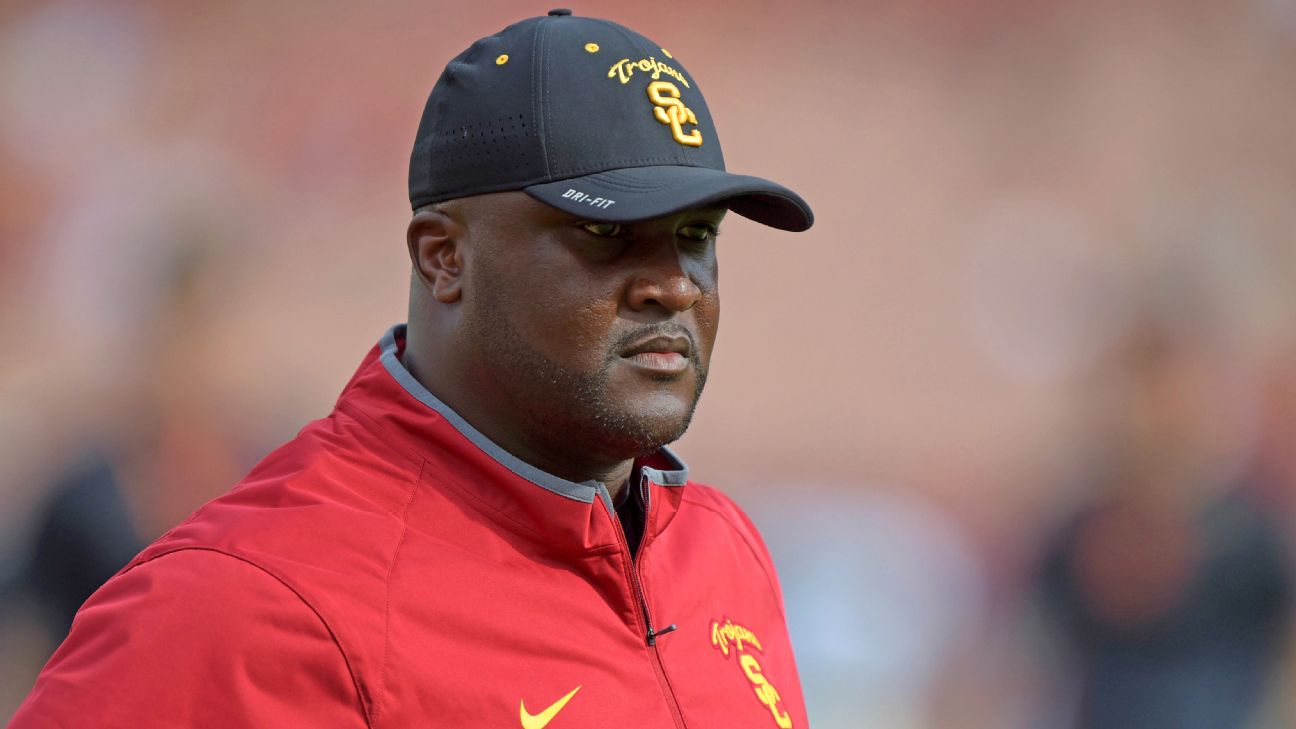 Clay Helton is coming back as USC's coach in 2019, but his staff will have a dramatically different look.

Trojans offensive coordinator Tee Martin was dismissed Tuesday. Martin, a USC assistant since 2012, was demoted as the team's primary playcaller in late October as Helton reclaimed the playcalling duties.

Quarterback coach Bryan Ellis is leaving to pursue another opportunity, according to the school. The Athletic reports that he is set to become Western Kentucky's offensive coordinator under new coach Tyson Helton, Clay Helton's brother.