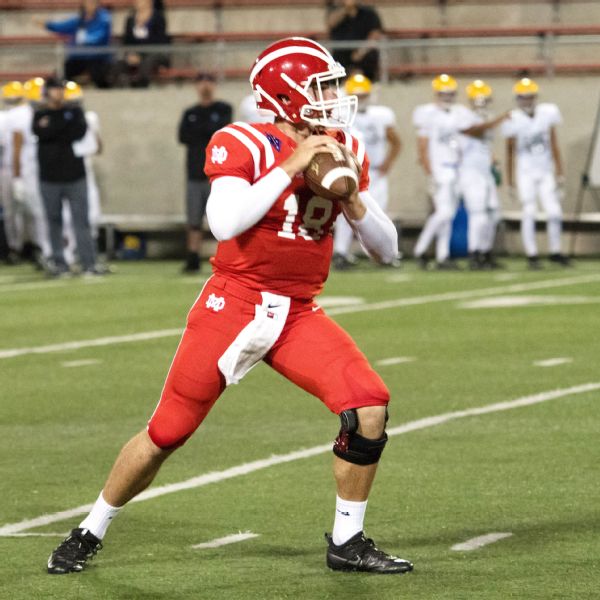 USC quarterback commit J.T. Daniels, who was named the Gatorade National High School Football Player of the Year earlier this week, announced he will graduate early and reclassify to the Class of 2018.

Daniels will graduate in the spring and enroll at USC in the summer, where he will likely join a competition to replace Sam Darnold. Darnold, a redshirt sophomore and a potential first-round pick, has not announced whether he will return for another season.

Aside from Darnold, USC has two other scholarship quarterbacks currently on its roster, redshirt freshman Matt Fink and true freshman Jack Sears. Fink completed 6 of 9 pass attempts for 43 yards in limited action as Darnold's backup. If Darnold leaves, which is widely expected, the Trojans could also look for a quarterback in the graduate-transfer market.

In three years at Mater Dei, Daniels threw for 12,014 yards, 152 touchdowns and 14 interceptions. Before his decision to reclassify, he was ESPN's No. 3-ranked pocket passer in the Class of 2019.

Mater Dei also produced former USC quarterbacks Matt Leinart and Matt Barkley, the latter of whom also was the Gatorade National Player of the Year as a high school junior (2007) and started at USC as a true freshman.