What would it mean if the Dodgers decided to re-sign Machado? 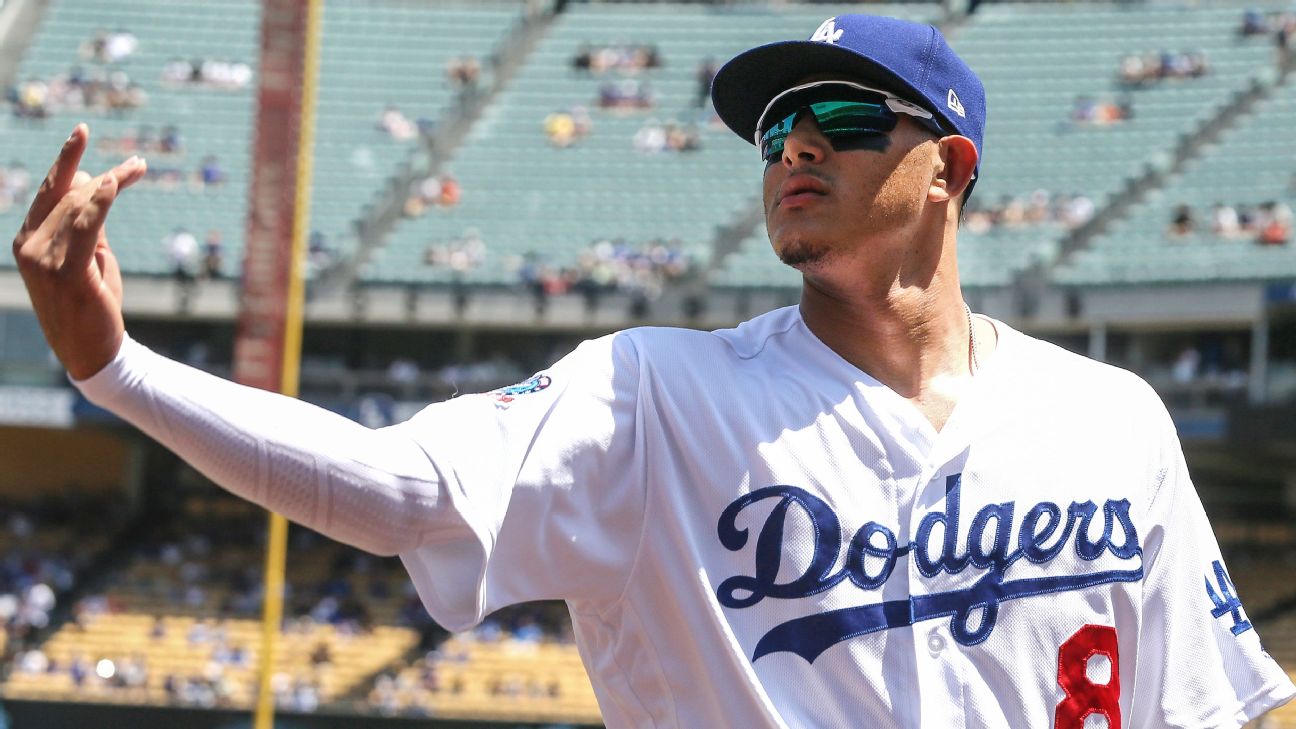 LOS ANGELES -- The widespread, undying belief that the Los Angeles Dodgers will be major players in free agency seems almost laughable. Thirteen nine-figure contracts have been given to free agents since Andrew Friedman became the club's president of baseball operations in October 2014. None came from his Dodgers.

Leading up to the 2017 season, the Dodgers spent $80 million to retain the services of closer Kenley Jansen and rewarded third baseman Justin Turner with a four-year, $64 million deal. They previously allocated $48 million each for three middle-tier starting pitchers -- Rich Hill, Brandon McCarthy and Scott Kazmir -- and guaranteed Kenta Maeda a minimum of $25 million over the life of an eight-year contract.

That's basically it for long-term contracts on Friedman's watch.

But this offseason could be different.

The Dodgers will be back under the luxury-tax threshold, resetting that menacing, escalating repeater fee. And the best available free-agent options will be 26-year-old Manny Machado and 25-year-old Bryce Harper, both of whom reached the required six years of major league service at an uncommonly young age. If ever there is a time for this pragmatic group of Dodgers executives to splurge on free agency, this could be it.

Harper could simply replace perpetual trade candidate Yasiel Puig as the starting right fielder. Puig is arbitration-eligible after this season, and a free agent after 2019, factors that might contribute to the Dodgers finally trading him.

Keeping Machado would be a lot more complicated, even though it seems like the more likely outcome.

The Dodgers unloaded five prospects to acquire Machado from the Baltimore Orioles on July 20 because they believed he could help them separate from a tight National League West over the final two months of the season. But the Dodgers also had a long-term view in mind, believing that having Machado on board for that time could give them a sizable advantage over other potential suitors in free agency.

They could sell him on L.A., sell him on winning, sell him on Dave Roberts and perhaps even sell him on mixing in a little time at third base with his preferred shortstop, because no team values versatility like the Dodgers.

Machado has been coy about what lies ahead, but we know this much: He's going to sign a big contract, probably in the neighborhood of $300 million, and he wants to remain a full-time shortstop, an intention he has made abundantly clear this season. Bringing him back, then, would trigger a complicated set of circumstances that would affect several important Dodgers, including two core pieces, a key veteran leader and quite possibly the greatest pitcher in franchise history.

Corey Seager: He's a 24-year-old two-time All-Star shortstop. But he has minor knee and back injuries in his history, is currently recovering from Tommy John surgery and recently underwent an arthroscopic procedure to repair the labrum in his left hip. The Dodgers have insisted that Seager's timeline to play again is unaffected by the latest surgery and stress that he can continue to play shortstop at a high level.

But bringing Machado back would no doubt affect Seager's future. The Dodgers could trade Seager, but it would be foolish to do so with his stock so low. The best option might be moving him to third base, a position draft experts believed he would eventually play regardless. Good luck selling that to a Scott Boras client who's still entering the prime of his career.

Justin Turner: Seager to third base means what, exactly, for Turner? Turner has spent 952 career innings at second base, which could be something of a void for the Dodgers once this season ends. But Turner hasn't played there at all over the past three years and spent very little time there the season before that. He'll turn 34 in November, with a handful of lower-body ailments in his recent past. First base, where he has made 25 career starts, might suit him best.

Cody Bellinger: Machado at shortstop, Seager at third base and Turner at first could mean Bellinger in center field -- and that might not be such a bad thing. (At this point you're probably wondering about Max Muncy. So are we.) Bellinger, the reigning National League Rookie of the Year, has spent nearly a third of his playing time in center field this season, and based on publicly available advanced metrics, he has been close to average defensively.

Bellinger is 23 and athletic. There's no reason to believe he can't become a better outfielder -- be it in the corners or center -- if he dedicates himself to the position full time. The Dodgers could also dangle Bellinger in a trade for a top-of-the-rotation starter, which makes even more sense given the dearth of available starting pitching on the free-agent market. The Dodgers would have flexibility, which they covet.

The other outfielders: The Dodgers also could trade one of their other outfielders, given their potential surplus. Aside from Bellinger, they have Matt Kemp, Joc Pederson and Puig on the books for next year. Utility players such as Enrique Hernandez and Chris Taylor can be added to the mix as well. So can Alex Verdugo, their top prospect. He's ready.

Clayton Kershaw: It had been considered a foregone conclusion that Kershaw would opt out of his contract this offseason, despite the $65 million owed to him over the next two years. But back injuries have sent him to the disabled list three consecutive years, and now it seems this could go either way. If Kershaw stays healthy and continues to pitch well -- he has a 2.14 ERA with 62 strikeouts and nine walks in 67 innings since his return -- he'll probably opt out with hopes of a longer, more lucrative contract.