What you need to know about Shohei Ohtani's injury 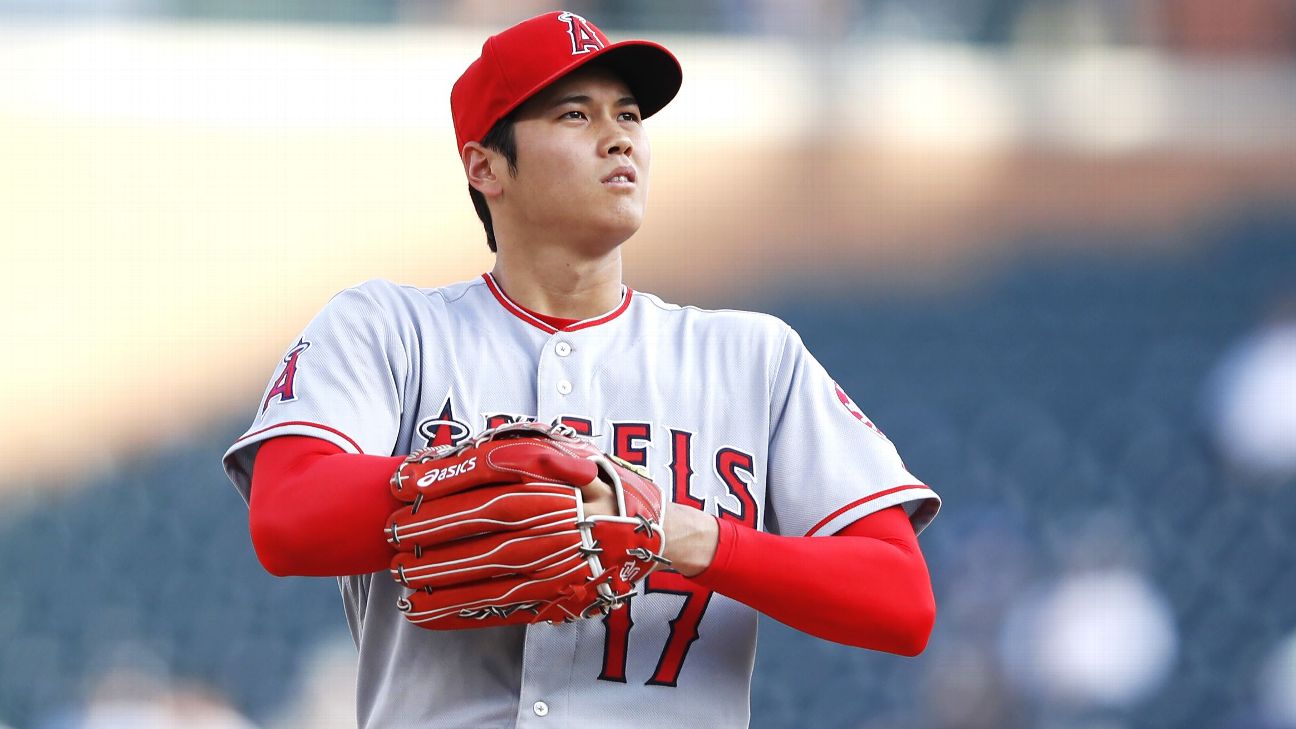 The news Friday that dual threat Shohei Ohtani of the Los Angeles Angels is headed to the disabled list with a Grade 2 ulnar collateral ligament (UCL) sprain in his right (throwing) elbow immediately sent ripples through the baseball world. Ohtani's first two months of play as a part of Major League Baseball have been nothing short of electric, but this turn of events leaves us with more questions than answers.

What is known is that the Angels plan to shut Ohtani down from throwing for several weeks to allow his elbow to calm down. On Thursday, Ohtani underwent platelet-rich-plasma (PRP) and stem cell injections to help alleviate pain and inflammation and to facilitate healing. As Angels general manager Billy Eppler indicated, Ohtani will rest for the first 48 to 72 hours and the team then will initiate a progressive physical therapy regimen. In approximately three weeks, he will be re-evaluated to determine the next steps. In other words, there is no definitive timetable for his return, nor is there any definitive indication that Ohtani is headed for surgery.

And thus we are left to wonder the following questions:

How serious is this injury?

Technically speaking, a Grade 2 (moderate) sprain is a partial tearing of the ligament, whereas a Grade 3 sprain represents a complete tear. The amount of damage to the ligament in a Grade 2 sprain or partial tear can vary widely. When it comes to the UCL -- a complex ligament composed of several different bands -- the location of the tear within the tissue and the quality of the tissue also can be factors for consideration. The injury does not have to be a complete tear of the ligament to require surgery; if an athlete continues to experience discomfort and is unable to perform at a competitive level, surgery becomes more likely.

When a blowout UCL injury occurs, it is clearly serious. The pitcher grabs his elbow in obvious pain, typically after making an errant throw, and clinical examination and imaging tests serve to confirm what the thrower already senses -- that surgery is imminent. However, this mechanism of injury is relatively rare.

Far more common are vague complaints that, frankly, do not sound particularly ominous but still have the potential to be serious: stiffness in the elbow (as Ohtani described), tightness in the triceps (Yu Darvish's complaint when he exited a spring start for the Rangers in 2015), or tightness in the forearm (Taijuan Walker of the Arizona Diamondbacks earlier this spring).

Ohtani's injury has caused enough concern within the Angels' organization that the move was made to shut him down immediately.

What is the likelihood that Ohtani will need Tommy John surgery?

The UCL does not need to be completely torn for a thrower to require surgery. As I wrote in 2014 about former Mets pitcher Matt Harvey, who was diagnosed with a partial tear of the UCL in his right elbow:

When a pitcher suffers a blowout injury (not actually that common), the decision to go to surgery is fairly easy to make. More often, however, the picture is clouded by inconsistency in terms of both pain and function along with incomplete damage to the ligament itself.

As noted above, the symptoms for Darvish and Walker were not particularly dramatic and both had only partial tears of their respective UCLs. Still, both pitchers underwent Tommy John surgery.

Perhaps the most important factor in determining if an athlete undergoes reconstructive surgery is whether or not he can return to perform at his pre-injury level. Yes, it is the athlete who ultimately makes the decision as to the path he will take after digesting all of the medical information and recommendations. Tommy John surgery is not to be taken lightly given the lengthy recovery process, and generally pitchers choose it as their last resort.

There are pitchers who have successfully returned to competition with only conservative treatment. Masahiro Tanaka of the New York Yankees was diagnosed with a partial UCL tear and underwent PRP injections and rehab, returning to the mound just over two months later. Ohtani's teammate Garrett Richards underwent stem cell injection therapy in 2016 and returned to action in 2017. Richards' 2017 campaign was interrupted due to nerve irritation in his throwing arm, but after returning late in 2017, he started the 2018 season on time.

It should be noted that while these injection therapies have shown some promise given the success stories of several pitchers, the jury is still out on their efficacy. Others -- including another Ohtani teammate, Andrew Heaney -- have undergone similar treatment and failed. In 2016, Heaney first underwent stem cell injection therapy but ultimately needed TJ surgery.

Did Ohtani's pre-existing UCL injury suggest he was at a greater risk for a more serious UCL injury?

It did. How could it not? A ligament that exhibits some evidence of wear and tear is more susceptible to further injury than one that does not. But the mere presence of risk doesn't dictate when or how that risk will manifest itself down the line. Ohtani was universally viewed by all the teams scouting him as a player who came with some risk ... but he also presented a unique talent. Organizational decisions on whether or not to sign, draft or trade for players are always made with a risk-versus-reward value proposition in mind. Medical information is one component of the risk calculation and each team must determine just how significant that factor is.

And it's no secret that all pitchers, especially those with a history of a high volume of work combined with the ability to throw blistering fastballs, present some level of risk. Ohtani is an unusual case because of what he brings in terms of his skill set at the plate as well as on the mound. But star pitchers who can grow with an organization are sought after more than ever, even if damage to their throwing elbow already has occurred or if there is a hint that it may be imminent.

Why? Undoubtedly, the relative success of pitchers to return to (or, in the case of draftees, exceed) their previous level of function following Tommy John surgery has played a role.

Consider the case of Walker Buehler, a first-round draft pick in 2015 who was signed by the Dodgers even though they knew he might require surgery. After a brief visit to the majors last year, Buehler is back pitching for the big league club in 2018. With a fastball hovering near 96 mph and an array of impressive pitching stats (2.74 ERA, 1.02 WHIP, 4.6 K/BB ratio), Buehler looks to be delivering early returns on the team's investment.

Could Ohtani potentially still serve as a hitter even if his elbow won't allow him to pitch?

This is where things get interesting. Ohtani is a right-handed pitcher who bats left. His injured elbow is his lead elbow when hitting. Why does this matter? Because the stress on this elbow is minimal when he is swinging the bat.

It would seem that even if Ohtani's arm does not allow him to throw again this season, he could potentially remain involved as a hitter. Of course, should he ultimately require surgery, remaining on the active roster as a hitter would delay the operation. With the average recovery time following Tommy John surgery hovering around 14 months for pitchers, a postseason surgery for Ohtani would translate to a potential resumption of pitching in 2020.

But consider this: Should it be determined at the end of a trial of conservative treatment that Ohtani requires surgery, the soonest he likely would be ready to return to pitching would be the start of the 2020 season. Hmm.

Notice that the 14-month timeline post-operatively refers to a return to pitching. But what about hitting? For the same reason Ohtani could potentially remain on the roster as a hitter before surgery, he could also return sooner to the roster as a hitter post-surgery. Position players return to their full pre-injury level of participation following Tommy John surgery more quickly than pitchers. Given that their positional demands place less stress on the elbow; they are specifically cleared even sooner to resume hitting, potentially as early as six months. Could Ohtani potentially contribute in one dimension while continuing to work his way back in another? At the very least it would present an interesting option for the Angels should he be a candidate for surgery.

For the time being, the Angels are focusing on Ohtani's treatment plan with the hope that he will be able to resume a throwing progression and return to action. How the organization decides to proceed if Ohtani struggles when he tries to throw is something that can wait.

"I'm just going to take every day as it comes and put him on this course of recovery and strengthening for the next three weeks and then deal with what we've got to deal with in three weeks' time," Eppler said.

The one-day-at-a-time plan is the only thing right now that is certain when it comes to Ohtani's fate. 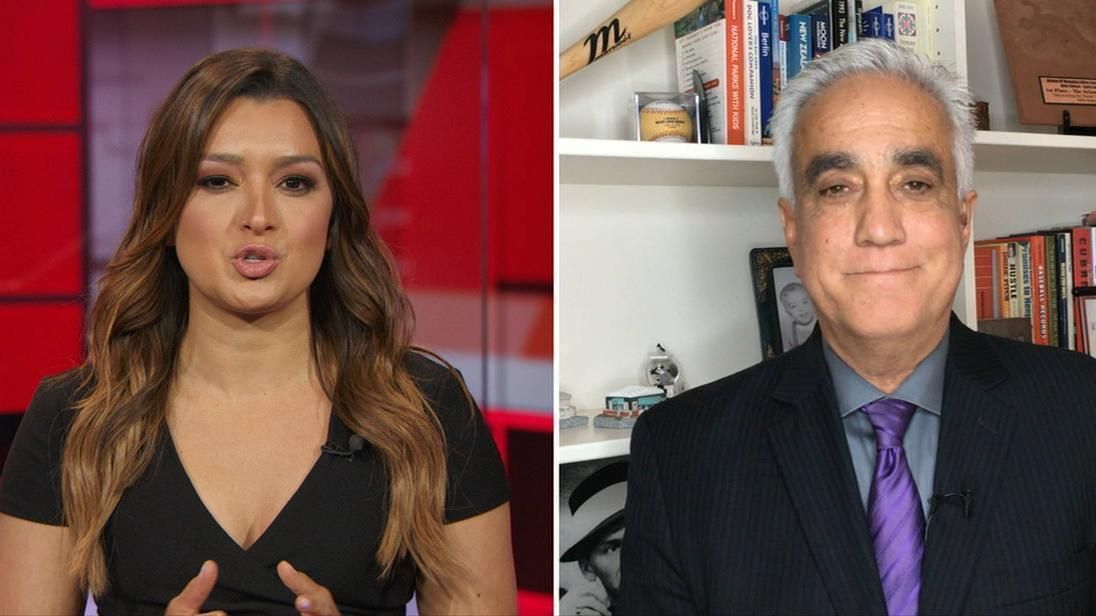