Why the NCAA hoops scandal will likely spread as trial starts 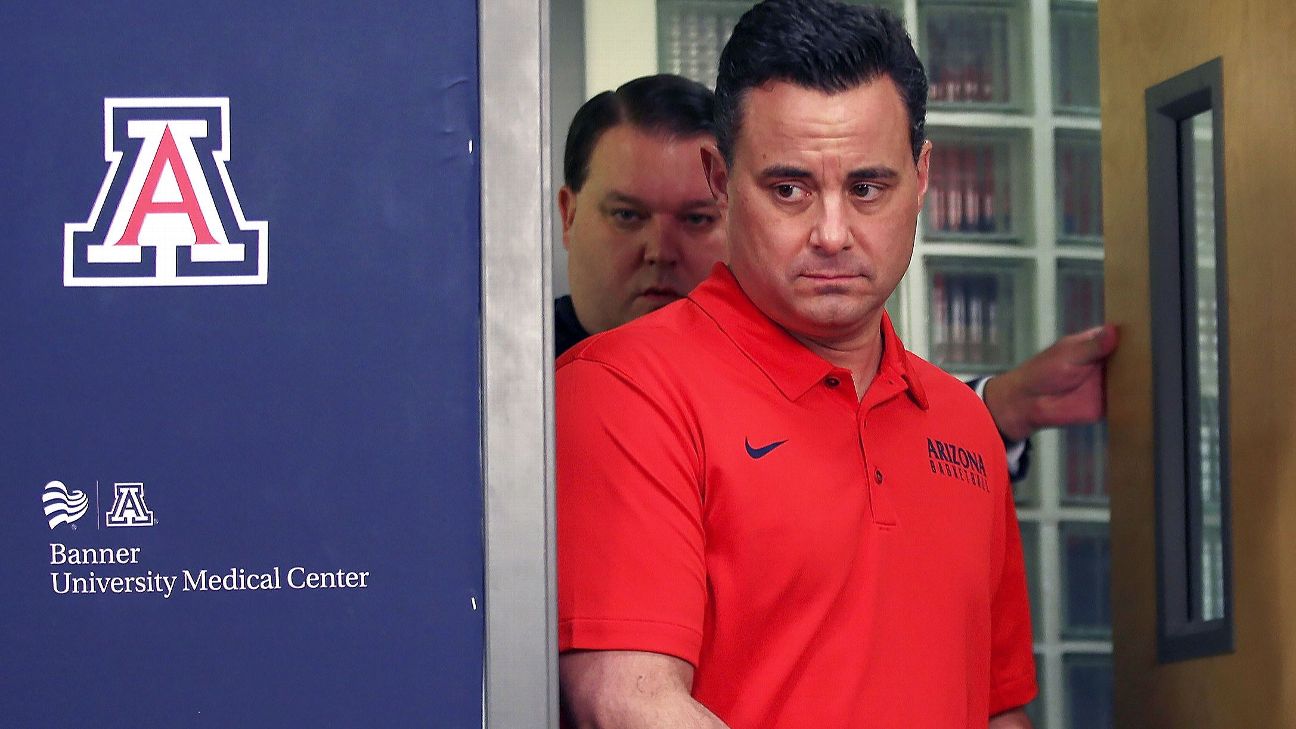 AS THE FIRST federal trial begins Monday in a corruption scandal that threatens to engulf college basketball, the coaches at four schools mentioned in the indictment -- Kansas, Louisville, Miami and NC State -- are not the only ones nervous.

This mess is likely to spread.

Arizona was heavily involved in recruiting Bowen and Little before they ended up signing with Louisville and North Carolina, respectively. In fact, Bowen was probably headed to Arizona until Wildcats guard Rawle Alkins decided to return for the 2017-18 season. Little had Arizona among his final five schools until former Wildcats assistant Emanuel "Book" Richardson was among the coaches arrested by the FBI in September 2017.

ESPN reported in February that defendant Christian Dawkins and Arizona coach Sean Miller had discussions about a $100,000 payment to ensure that star center DeAndre Ayton, the No. 1 pick in June's NBA draft, signed with the Wildcats. Arizona's outside counsel, Paul Kelly of Boston, said Ayton denied receiving money to influence his decision in multiple interviews with the FBI and NCAA.

At the time, Miller denied the allegations -- and adamantly insisted he had never willfully broken NCAA rules. Arizona officials have denied multiple open-records requests from ESPN for any subpoenas the university received from the federal government for information and grand jury testimony related to the investigation. They repeatedly cited "the balancing test established by the Arizona courts to protect the best interests of the state."

In court documents filed last month in former Louisville coach Rick Pitino's lawsuit against the university, the school's attorneys alleged that Pitino ignored red flags after hearing allegations that DePaul had offered Bowen $200,000 to play there. The court filing included a text message that Pitino is said to have sent to then-Cardinals assistant Kenny Johnson on June 2, 2017, saying: "Coach DePaul trying to pay Bowen 200 k to come there. Crazy world!"

After the court filing was released, Pitino said he never believed DePaul had the financial means to pay Bowen that much money, and DePaul officials told ESPN that the school hadn't been contacted by the NCAA or federal prosecutors.

Michigan State also recruited Bowen, and Spartans coach Tom Izzo has been a longtime friend of Dawkins' family. Jason Richardson, the nephew of Bowen's father, also played for the Spartans from 1999 to 2001.

LSU recruited Little and Koprivica, who might decide to skip college altogether, sources told ESPN. Tigers coach Will Wade signed the No. 5 class in the country this past year, including four players in the ESPN Top 100. In response to an open-records request from ESPN, LSU officials said no calls were found in records for Wade's university-issued cell phone to two cell phone numbers registered to Dawkins.

THIS IS ONLY the beginning. The scandal could grow even more after the current trial of Adidas executive James Gatto, Adidas consultant Merl Code and Dawkins, all charged with conspiring to pay high school prospects and/or their families to sign with Adidas-sponsored schools. Another five defendants await prosecution.

People involved in the current case believe there might be another superseding indictment coming from the government in the Evans case that could add criminal charges related to the pay-for-play schemes at other schools.

It's not yet clear how the NCAA will react toward any schools that get sucked into the scandal, but action seems likely at some point.

Multiple people involved in the federal investigation have told ESPN in recent months that the FBI advised NCAA officials to stand down until the criminal trials are over.

Yahoo reported in February that NCAA officials were taking a closer look at LSU's recruiting practices; the school and NCAA denied the report. When Kansas officials self-reported details of freshman Billy Preston's car wreck -- the school later suspended him while it looked into the "financial picture" of the car -- to NCAA officials in November, there wasn't much the NCAA could do because the FBI was also investigating alleged payments from Adidas to Preston's mother.

The government contends the defendants and others purposely concealed illicit payments from coaches and university officials, so it's difficult to say how schools such as Kansas and Maryland will be impacted. Miami's coaches contend they were unaware of a pay-for-play scheme involving Little, and attorneys involved in the case told ESPN that the Hurricanes are probably in the clear.

There is evidence, however, that assistant coaches at Louisville and NC State might have been involved in the facilitation of impermissible payments, which might open those schools to NCAA punishment. In March, Cal State Northridge hired Mark Gottfried, who was NC State's coach when Dennis Smith Jr., whose father is said to have received $40,000, played there.

De Sousa, meanwhile, was expected to sign with Maryland before switching to Kansas, and Terrapins officials revealed in July that the school received a federal subpoena requesting information about his recruitment. Fenny Falmagne, De Sousa's legal guardian, has denied receiving money. Falmagne is also the guardian of Bruno Fernando, another player from Angola, who played for the Terps last season.

On Aug. 9, the NCAA adopted a sweeping series of policy and rules changes that it hopes will clean up college basketball, based on a series of recommendations from a committee led by former U.S. Secretary of State Condoleezza Rice. One change that took effect immediately was allowing people investigating NCAA cases to accept information established by another administrative body, including a court of law, government agency, accrediting body or a commission authorized by a school. For example, the NCAA could accept evidence and findings from the federal government's investigation and punish those found guilty of wrongdoing -- without conducting its own investigation.

GOVERNMENT PROSECUTORS ARE taking some action to limit schools' exposure in this trial.

They have asked U.S. District Judge Lewis A. Kaplan to limit what defense attorneys can say about the four victim schools' past infractions, including the stripper parties that occurred inside Louisville's athletics dormitory and the actions of Ponzi schemer Nevin Shapiro, who alleged he provided impermissible benefits to more than 70 Miami student-athletes between 2002 and 2010.

In its motion, the government argued that "none of the above-described major NCAA rules violations have any bearing on the specific facts of this case. Nor do they serve to negate any element of the offenses charged because none indicate that the universities encouraged, tolerated, or expected the sort of false and fraudulent representations made here."

Additionally, the federal government wants to prohibit defense attorneys from discussing cases that involve non-victim schools. For example, the government might not want defense attorneys talking about how former USC basketball star O.J. Mayo and football star Reggie Bush allegedly received tens of thousands of dollars in impermissible benefits while playing for the Trojans and yet no one was prosecuted.