WNBA buzzer-beaters: Which players are the most clutch shooters in the league? 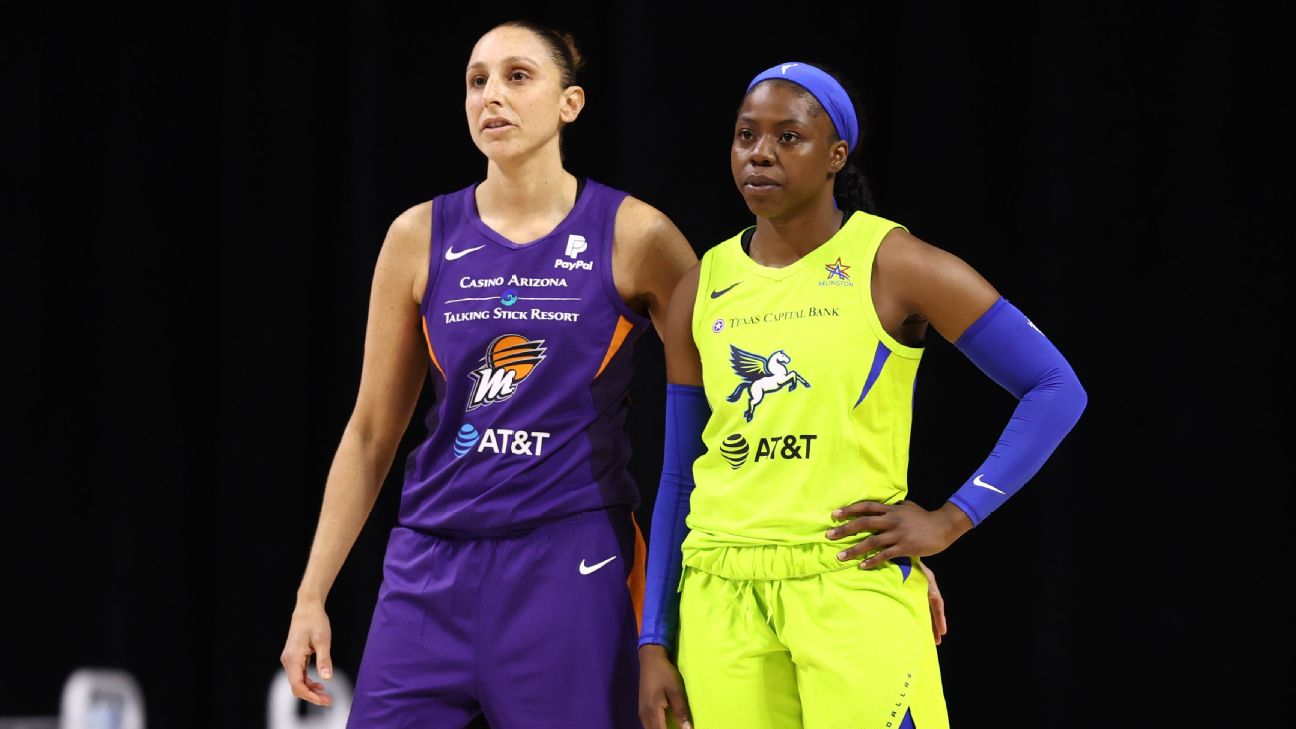 We call them clutch. Some say they have ice in their veins. They're the players who step up big on the biggest of stages. And despite this 2021 WNBA season barely being a month old, we've already seen an unusual amount of game-winning shots.

Through Wednesday, five WNBA games this season have been decided on a go-ahead field goal with less than 2 seconds remaining on the clock, according to the Elias Sports Bureau. For comparison, there were eight such shots in the entire 2018 WNBA season, per Elias.


But which player do you want to have the ball in her hands with the game on the line? Our panel -- ESPN.com's Dana Lee, Kevin Pelton and Mechelle Voepel, and The Undefeated's Sean Hurd -- debates the best all-time clutch shooters in the WNBA right now and throughout the league's 25-year history.

We also identify the front-runners for the Rookie of the Year award -- it's not the No. 1 overall draft pick -- and name our favorite moments of Seimone Augustus' career. The former Minnesota Lynx star returns to the Target Center on Saturday -- as an assistant with the Los Angeles Sparks -- for the first time since she retired on the eve of the season.

With the game on the line, which player do you want taking the final shot? Which active player gets your vote, and who is your all-time most clutch shooter in the WNBA?

Dana Lee: Get that ball to Diana Taurasi. The 38-year-old Phoenix Mercury guard is still clutch as ever, most recently hitting a 3-pointer in the final seconds to net a 77-75 win in the season opener against the Lynx. She's both my all-time and current pick, but since Taurasi is currently out with a fractured sternum, I'll use the loophole to choose Arike Ogunbowale as well.

In her third year, the Dallas Wings guard has only continued to do in the WNBA what she did for Notre Dame at the 2018 Final Four. She can create something out of nothing; in a survey of WNBA general managers, Ogunbowale was voted most dangerous on an open floor and best at getting her own shot. Among players who've played five or more games this season, she leads the league in points scored in the last two minutes. But if you need more anecdotal evidence, please re-watch her game winner Sunday against the Seattle Storm.

Kevin Pelton: I'm going to go with the same answer for both: Elena Delle Donne. Her ability to get her shot off in late-game situations makes Delle Donne tough to stop. According to data compiled from WNBA Advanced Stats, the Washington Mystics star has posted a 62% effective field goal percentage in the final minute of one-score games (three-point margin or less), best of any player in WNBA history with more than 20 such shot attempts. And Delle Donne is among the group of three players Loyd joined last week with multiple WNBA game-winning buzzer-beaters.

Sean Hurd: Cynthia Cooper is my all-time pick. Cooper didn't just hit clutch shots, she did so on the game's biggest stage. Her late-game shot making for the Houston Comets in Games 1 and 2 of the 2000 WNBA Finals fly kind of under the radar in the WNBA replay reel, likely because they weren't traditional buzzer-beaters, but they are great examples of Cooper showcasing her clutch gene. With 26 seconds left, the shot clock at four and the Comets up just two points in Game 1, Cooper converted a tough layin on the right baseline while drawing a foul against the Liberty's Sue Wicks for an eventual three-point play. Cooper later iced the game with two free throws. In Game 2, with the Comets down three with 21 seconds to play in regulation, Cooper hit a 3 to tie the score at 64 and force overtime. The Comets went to win their fourth straight title. That's two clutch shots in consecutive Finals games.

For my active player selection, I'm choosing Loyd. Pelton already pointed to the small group of players in WNBA history, which includes Loyd, who have made multiple buzzer-beating shots. As Seattle Storm coach Noelle Quinn said, Loyd just "has the DNA to hit those shots." Add the fact that she is having a career season, and the confidence in the Gold Mamba to take, and make, the final shot only increases.


Mechelle Voepel: These are all great choices, and I also considered each of them, along with Sheryl Swoopes and Maya Moore (see: Game 3 of 2015 WNBA Finals). But how can we have a clutch shooter conversation without mentioning Sue Bird? Even going back to her UConn days, she has shown fearlessness as the clock winds down. Statistically, she is the WNBA's all-time assist leader and is known more for her playmaking than scoring. But she has hit some of the biggest clutch shots in the WNBA, including game-winners in the 2010 playoffs against Phoenix in the Western Conference finals and the Atlanta Dream in the WNBA Finals. Bird earned the nickname "Die B----es!" from WNBA fans for her uncanny knack for daggers. And in her junior year at UConn, Bird hit buzzer-beaters before halftime and at game's end to beat Notre Dame in the Big East tournament title game.

Bird could be both my all-time and current choice. But for the latter, I lean toward her Storm teammate Jewell Loyd, who seems to be a particular magician with a second or less on the clock. When we hear "buzzer-beaters," we tend to think of perimeter shots usually made by guards or wings. But if we were picking who we would want to beat the buzzer on a lob inside or offensive rebound and putback, I will go with Minnesota center Sylvia Fowles, who has a career 59.4 shooting percentage.

Which player is your front-runner for Rookie of the Year?

Hurd: At this point in the season, it's Michaela Onyenwere. The New York Liberty forward, who was the sixth overall pick in April's WNBA draft, leads all rookies in scoring, has started all nine games and was named the May Rookie of the Month after averaging 12.3 points and 3.3 rebounds.

But as Onyenwere shines in New York, I'm also keeping an eye on Aari McDonald in Atlanta. McDonald, who was the No. 3 overall draft pick in April after leading Arizona to its first women's Final Four, had a tough start to her rookie year. She went 0-for-7 from the field in her first two games and didn't play in the Dream's third game against the Indiana Fever on May 21. But since then, McDonald has slowly started to find her stride in the Dream rotation. With Chennedy Carter currently out with an elbow injury, Atlanta's extremely deep guard rotation has shrunk and the result has been McDonald playing extended minutes. In the three games since Carter has been out, McDonald is averaging 12.3 points and 20.3 minutes per game.

Pelton: Yeah, I think it's a two-player race between Onyenwere and McDonald at this point. One thing that could help Onyenwere make her case stronger is doing more to fill out the box score. For such an obviously athletic player, her steal and block rates are surprisingly weak (less than one combined per game) and she's a below-average rebounder for a forward. So much of her value has depended on knocking down 3-pointers at an elite rate (45%).

Voepel: Onyenwere is at the front of the rookie race and went into the WNBA with a strong sense of what she would need to improve on to be successful at her size as a pro. The former UCLA Bruins star took a mature approach to the transition, and that's why I think the things that Kevin correctly points out need to improve for her will, indeed, improve. The Liberty also will benefit as Onyenwere becomes more comfortable as a passer and playmaker.

What's your favorite memory of recently retired Seimone Augustus, and what is her legacy?

Pelton: The first memory that comes to mind is of the 2011 Lynx coming to Seattle and starting the game on a 22-0 run against the defending champion Storm, who hadn't lost at home in a year and a half. Never has there been a clearer changing of the guard and it was overdue for Augustus, who finally had the support around her to enjoy the team success her own play merited. She more than made up for lost time with four titles in the next seven years, and I think that's Augustus' legacy: part of the most sustained run of team success in WNBA history.

Voepel: After the last game of her college career at LSU -- a 64-45 national semifinal loss to Duke in Boston -- Augustus wasn't shedding tears in the locker room. Her sophomore teammate Sylvia Fowles was, but Augustus appeared almost too crushed to cry. Augustus had revitalized her hometown team, but hadn't been able to win a national championship. A third consecutive loss in the Final Four semis seemed too cruel a fate for Augustus, who then tried to be all smiles three days later when she was picked No. 1 in the WNBA draft by the Lynx.

Augustus was able to win gold in the 2008 Olympics, and then WNBA titles with Minnesota in 2011 and 2013. But there was something extra special about 2015, when she got to win her third WNBA championship with Fowles, who had come to the Lynx that season. Both talked about their happiness for each other in Minnesota's joyous locker room after the Game 5 victory over Indiana, and you couldn't help but smile at how things had come full-circle in the best way for them.

As for her legacy, along with having one of the smoothest jump shots in hoops history, Augustus was always, as the saying goes, "a real one." She was straightforward in discussing issues on and off the court. She not only came back from the 2009 ACL surgery, but also had a hysterectomy and large fibroids removed in 2010 after enduring painful periods and heavy bleeding for years. Augustus was willing to talk about all of it because she hoped it would help other people dealing with similar medical issues. Augustus' openness, her approachability for fans, and her eager willingness to share the glory with teammates when Minnesota improved to championship caliber were all things that made her beloved not just by Lynx followers, but WNBA watchers in general.

Hurd: Augustus' entire 2011 playoff run is the memory that sticks with me. Prior to the 2011 season, Augustus' time in Minnesota was a mixed bag of personal on-court success and team underperformance -- an incredible rookie season, two All-Star selections and multiple All-WNBA nods buoyed by five straight losing seasons and zero playoff appearances. Add also that torn ACL in 2009.

So when Augustus finally got a chance to play in the postseason, after being a part of the franchise's most successful regular season since her arrival, she absolutely made the most of it. In eight games, Augustus averaged a team-high 22.0 points and 3.8 assists, highlighted by a 36-point performance against Atlanta in Game 2 of the 2011 WNBA Finals. The Lynx won their first title and Augustus was named Finals MVP. She's one of the greats of this game. 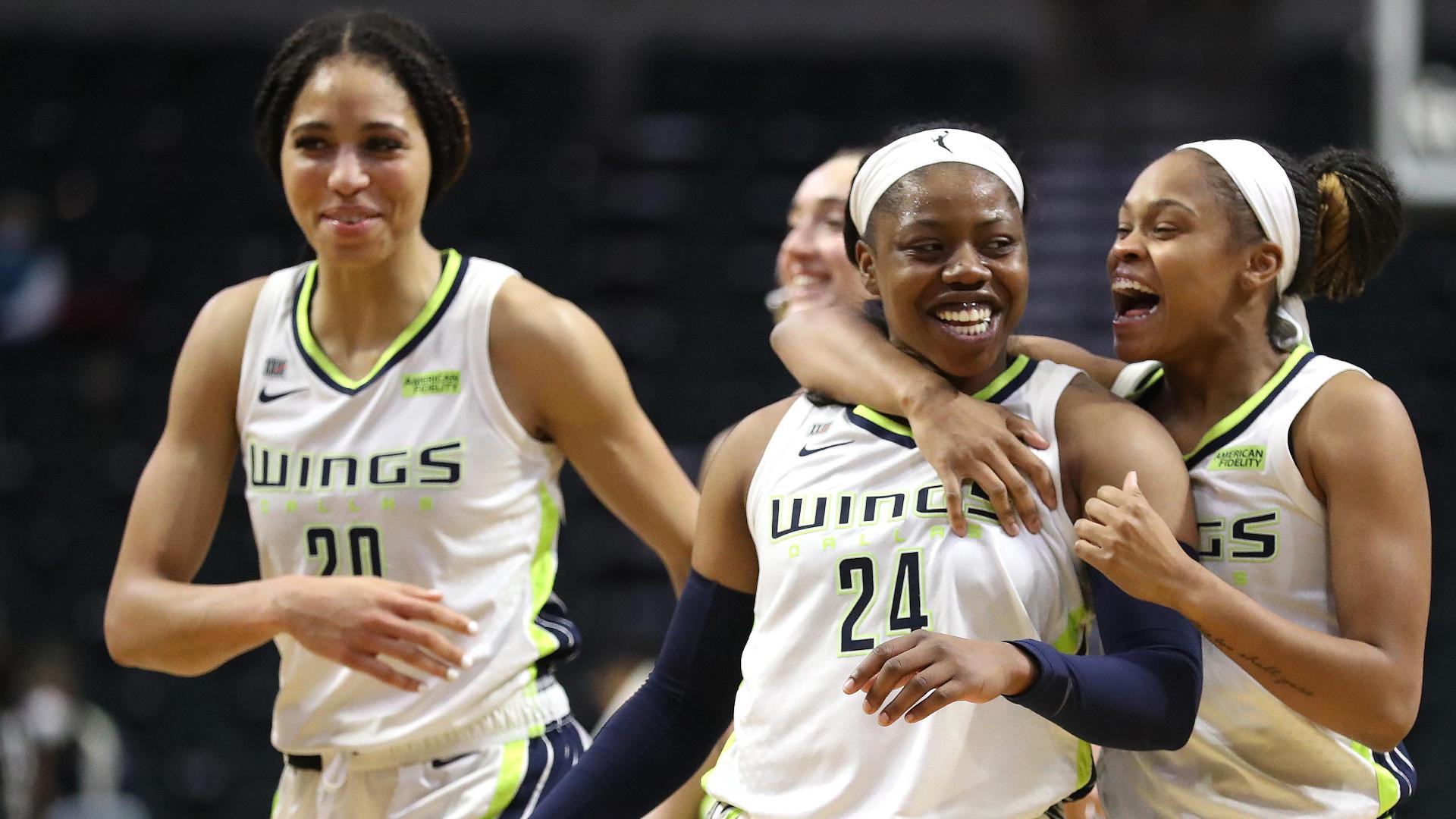 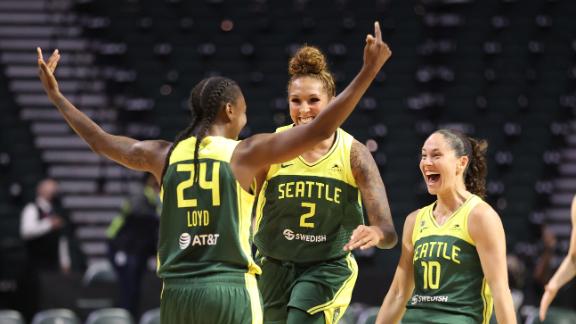