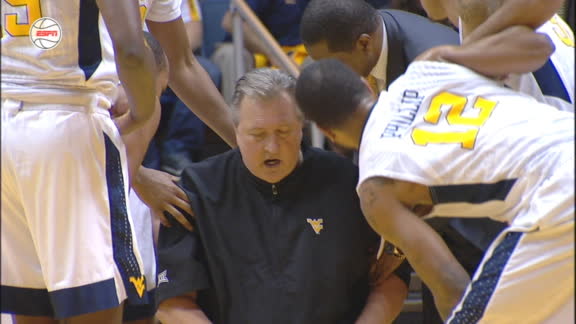 West Virginiacoach Bob Huggins gave the home crowd a scare as he fell to his knees on the court during a break in action Monday night.

Huggins appeared to be clutching his chest and was looked at by medical professionals shortly before halftime of the 12th-ranked Mountaineers' 77-62 win overTexas.

The veteran coach was examined at halftime and told ESPN's Holly Rowe that his "defibrillator went off."

Huggins added that he is fine, but it felt like someone slammed him in the back.

Shaka Smart, Texas' head coach, wished Huggins well on the court before the start of the second half.

In his postgame news conference, after reiterating he was OK, Huggins was asked if he was afraid he was going to get hit with a technical foul when he dropped to his knees on the court.

Huggins was asked later in his postgame presser about the examination he underwent at halftime.

"I talked to a couple people, but I didn't get hooked up to any machines or anything," said Huggins, who added that when the difibrillator goes off, "it comes out of nowhere."

Huggins said he got a little lightheaded when he stood back up, but chalked that up to old age as well as some of the medication he takes.

"That's what happened when I fell down before; you stand up, you get lightheaded," said Huggins, who added it's only the second time the defibrillator has gone off.

"It goes off, and what it does is it shocks your heart back into rhythm," said Huggins. "I'm like 99.9 percent of other guys my age in America -- I got AFib [irregular heartbeat]. Jerry [West] has AFib for crying out loud; he does the commercial."

The 63-year-old Huggins previously suffered a heart attack while on a recruitment trip in 2002 and was fitted for the defibrillator.

Huggins took over as coach of his alma mater in 2007 after stints with Kansas State and Cincinnati. 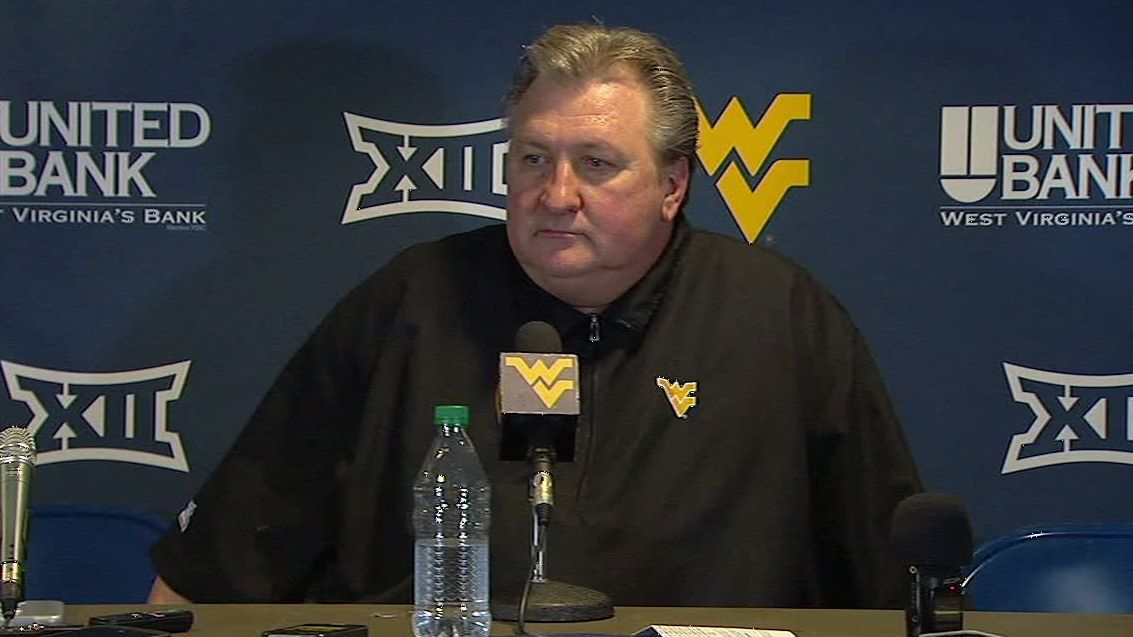 Huggins blames defibrillator for fall
West Virginia coach Bob Huggins explains what caused him to fall on the court during the first half against Texas, saying, "It comes out of nowhere." 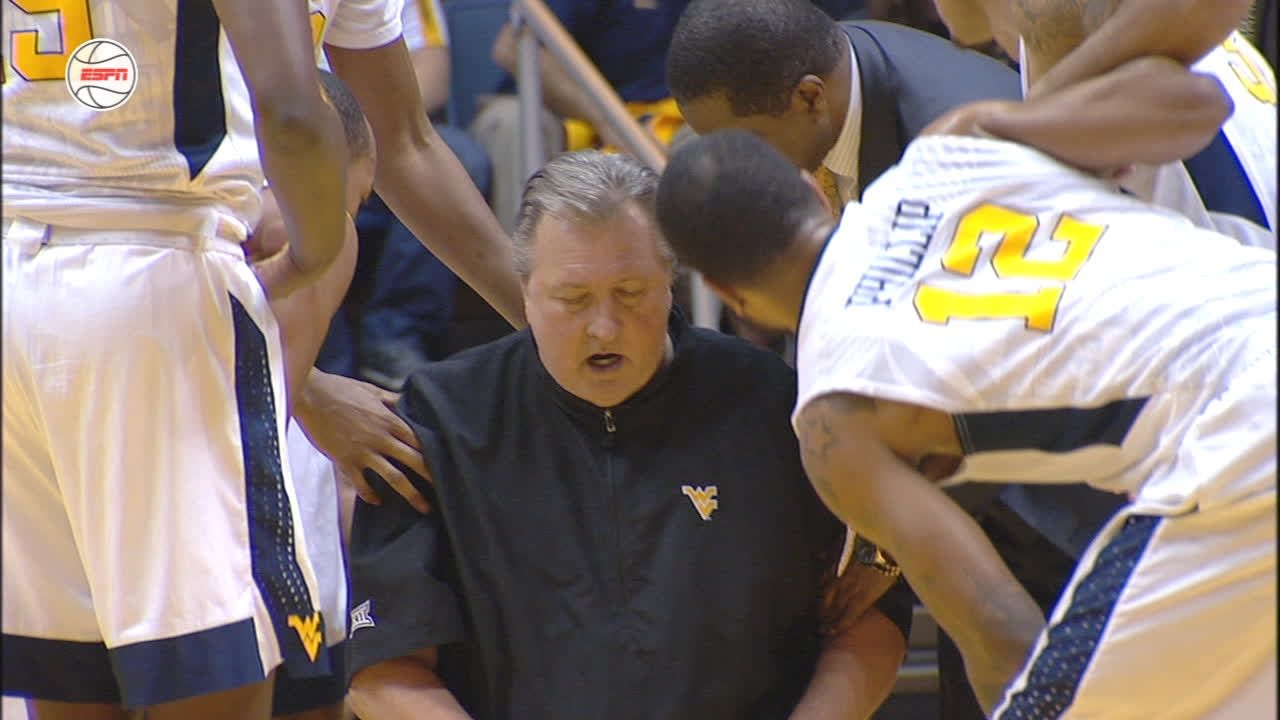