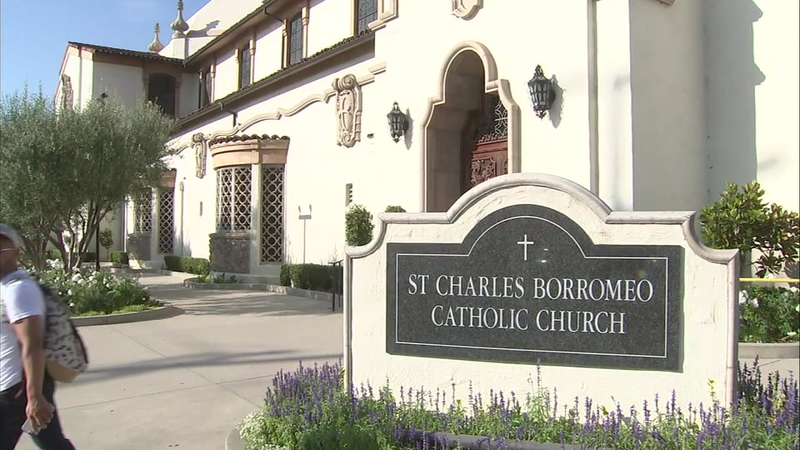 NORTH HOLLYWOOD, LOS ANGELES (KABC) -- Parishioners of St. Charles Borromeo church in North Hollywood had emotional reactions after learning that someone broke into their house of worship and damaged it.

"It's sick. I was angry at first, really angry. Now it's just sad and it's weird," Chris Castro said.

He added that he and his family have been longtime parishioners and love the church.

Los Angeles police got a call just before 5 a.m. Wednesday that someone broke into the church. Because of the extensive damage done near the altar, all masses were canceled. They will resume Thursday in another building on the church property.

The church is a well-known landmark in the San Fernando Valley. Neighbors refer to it as the church Hollywood legend Bob Hope and his wife Dolores built. Their funeral masses were held at the location.

Whomever did it also started a small fire that was out by the time Los Angeles firefighters arrived.