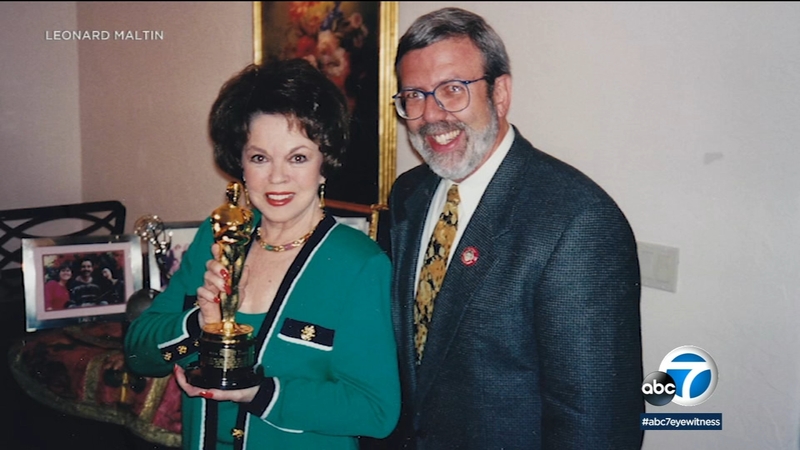 Leonard Maltin's memoir looks back on his long Hollywood career

HOLLYWOOD (KABC) -- Film critic, film historian and author Leonard Maltin has more than a dozen books to his credit. But his latest one is about... him. It's a memoir titled "Star Struck: My Unlikely Road to Hollywood."

Cartoons, silent movies and stories about some of our most celebrated stars pack the pages of "Star Struck." Along the way, you'll learn how he went from starting out as a fan boy to becoming a respected film critic, interviewer, teacher, host and show biz historian.

"I started doing this toward the beginning of the pandemic and it was wonderful to have something to sink my teeth into, to have something to look forward to every morning, to get out of bed and go to my computer and start, you know, the way back machine," said Maltin.

Maltin shares his personal stories about the many stars he's encountered, including Katharine Hepburn, James Stewart, Bette Davis and Angela Lansbury, once a guest at his popular film class at USC.

He also shares the story of how Shirley Temple's father managed to take his daughter's $3.2 million in earnings and turn it into...$44,000!

"And she was left with the decision whether to sue her own father. She said, 'I can't do that' so she did what Shirley Temple in a movie would do," remembered Maltin. "She kind of, you know, picked up her spirits and said, 'All right, let's move on. Let's get on with it."

Another story involves the movie, "Gremlins." Maltin had been friends with director Joe Dante since he was a teenager. To remain honest, though, he gave Dante's movie a bad review...which affected their friendship. Years later, he was asked to be in the sequel.

"I said, 'Well, I think I owe you that much.' So I found myself on a soundstage at Warner Bros. being directed by Joe Dante to give his original film a bad review again, on camera, and then the Gremlins come and yank me down from my seat with strips of film!" laughed Maltin.

"Star Struck" is about a kid who found his path early...and now, as a kid at heart, that path has led him to great success.