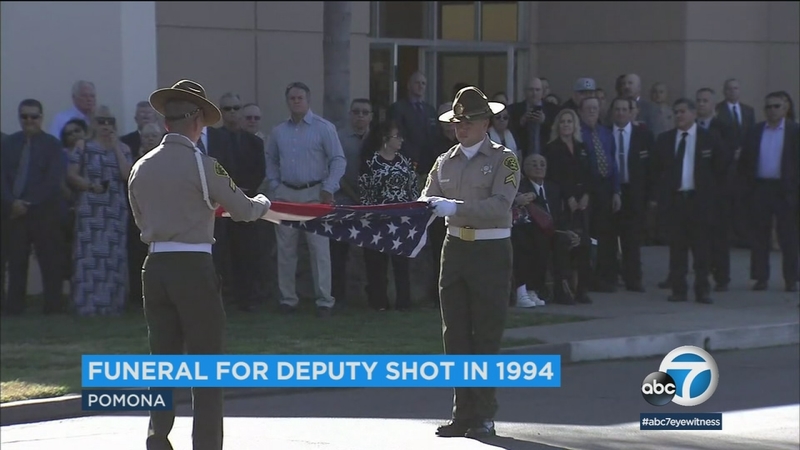 POMONA, Calif. (KABC) -- Funeral services were held Thursday for a Los Angeles County sheriff's deputy who was shot in the head during a traffic stop in Rowland Heights in 1994.

Deputy Steven Belanger died Tuesday at age 52 from injuries sustained in the Dec. 10 shooting. He suffered bone fragmentation after the bullet lodged in his brain, where it remained.

He is survived by his wife, and a daughter who was only 15 months old at the time of the shooting.

"Let us simply say Steve Belanger is one of our heroes, a role model, a man we can honor as a husband, father and LA County sheriff's deputy," Sheriff Jim McDonnell said.

He will rest near his father, Deputy Edward Belanger, in the Pomona Valley Memorial Park and Mausoleum.