City officials announced they will be giving out prepaid Visa debit cards to households in the most impoverished areas.
KABC
By Jessica De Nova 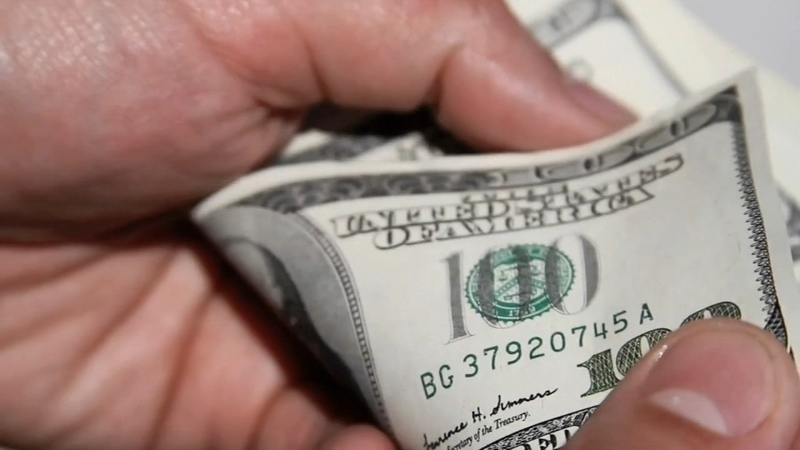 SANTA ANA, Calif. (KABC) -- People struggling with financial hardships brought on by the pandemic in Santa Ana are getting some much-needed help from the city.

City officials announced they will be giving out $6 million in prepaid Visa debit cards to households in the most impoverished areas of the city as part of the Revive Santa Ana Resident Stimulus Program.

About 20,000 rental units will each get a prepaid card valued at $300 that can be spent at any Santa Ana business that accepts Visa cards.

The Santa Ana City Council unanimously approved the program on Tuesday, Nov. 16, and increased the total amount to be distributed in order to include more households.

The program is part of the $160 million Revive Santa Ana pandemic recovery initiative, which is funded by the federal American Rescue Plan Act.

"The COVID-19 pandemic has had a disproportionate impact on the residents of Santa Ana, especially those who live in high-poverty neighborhoods with overcrowded living conditions," Mayor Vicente Sarmiento said. "The Resident Stimulus Program will help families recover from the economic effects of the pandemic while also putting money back into our local economy."

Due to strict federal guidelines, the city said a data-driven analysis was conducted to determine the eligible areas. Rental units with poverty rates above Santa Ana's median poverty rate of 42% will qualify to receive a card.

City workers will be going door to door to hand out the cards in the coming weeks, officials said.

If staff is unable to contact a head of household at an address, they will be contacted to arrange for delivery at a later date.