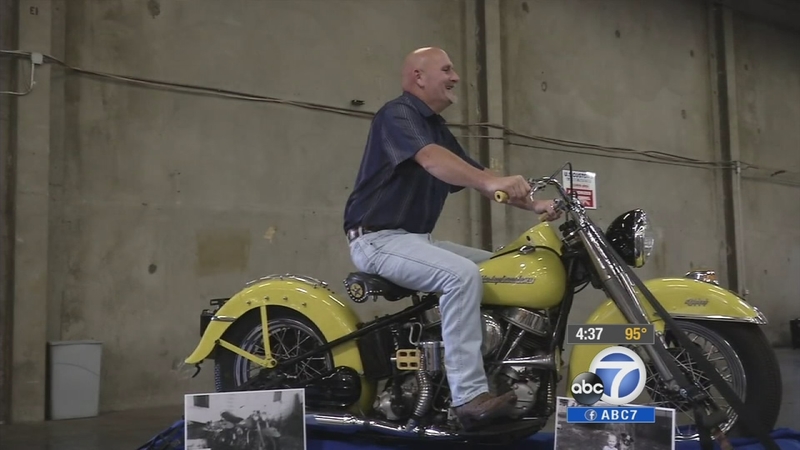 CARSON, Calif. (KABC) -- After 42 years, a stolen classic Harley-Davidson was found at the L.A./Long Beach seaport, and it's being returned to its rightful owner.

Johnson says someone stole the bike from his family's backyard in Charlotte, North Carolina in 1972. He says his father, a police officer, regretted never being able to track it down.

"He loved his motorcycle and he talked about it till the day he died," said Johnson.

U.S. Customs and Border Protection, working with the California Highway Patrol and the National Insurance Crime Bureau spotted and seized the bike at the L.A./Long Beach seaport. It was on the way to Australia.

"I actually love this part of the job, especially when it's a happy ending like this, and it's not in pieces," said CHP investigator Michael Mareta.

"You know, this is part of their history and when they get this stuff back, it's like reliving their youth, so it's amazing to us," said Lou Koven, special agent with the National Insurance Crime Bureau.

Johnson says he plans to take the bike home and put it on display at auto shows. Before he does that, he took time to show his gratitude for the people who found his treasure.

"I thank every, each one of them, from the bottom of my heart, and I know my father does too," said Johnson.

The CHP says it has traced the bike back to its four previous owners, the oldest of whom has since passed, which means there's no way to trace who actually stole the motorcycle.