The agency says the Humvee was "up-armored," meaning it had been upgraded and is considered a combat vehicle.
KABC 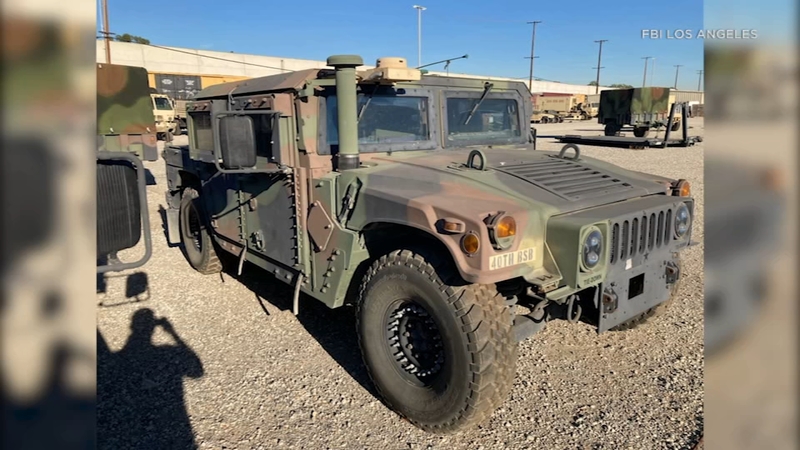 BELL, Calif. (KABC) -- The FBI announced a search Saturday for an armored military Humvee that was stolen from a National Guard facility in Bell.

The Humvee, which the FBI said is worth about $120,000, was stolen Friday morning from the National Guard Armory, the agency said in a news release.

The FBI described the green camouflage vehicle as having four doors. The bumper number is 40BSBHQ6; the administrative number is WV57TO-HQ06/M1165A1; and the registration number is NZ311R. The battalion number, 40TH BSB, can also be seen on the vehicle, the FBI said.

The agency added that the Humvee was "up-armored," meaning it had been upgraded and is considered a combat vehicle.

A reward of up to $10,000 is being offered for information leading to the vehicle.

Anyone with information as to the whereabouts of the vehicle or the person or group responsible for the theft is urged to call the FBI's Los Angeles Field Office at (310) 477-6565.

The Bell Police Department, California Highway Patrol and the L.A. County Sheriff's Department are assisting with the investigation.