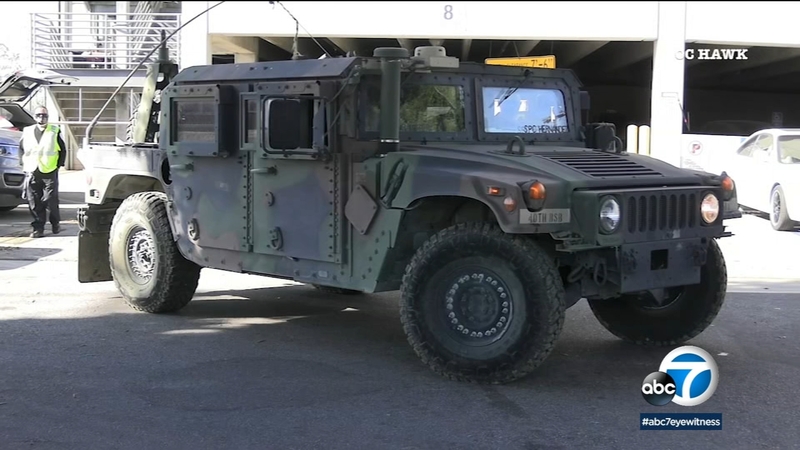 BELL, Calif. (KABC) -- An armored military Humvee that was stolen from a National Guard facility in Bell has been found, the FBI announced Wednesday.

Officials say it was located Wednesday morning, and was discovered in the Los Angeles River off Downey Road in Vernon. Meanwhile, the search continues for the person or group who stole the vehicle from the National Guard Armory last week.

The Humvee, which the FBI said is worth about $120,000, was "up-armored," meaning it had been upgraded and is considered a combat vehicle.

A reward of up to $10,000 had been offered for information leading to the vehicle, but it's unclear if law enforcement or a civilian found it.

Thank you partners @CaArmyGuard @LAPDHQ & @CHP_HQ for assisting the FBI’s Major Theft Task Force with the recovery of the #Humvee today in SE Los Angeles County where it was processed by our Evidence Response Team. Our investigation continues to identify person/group responsible. pic.twitter.com/8QevLQYrAx

Anyone with information about the person or group responsible for the theft is urged to call the FBI's Los Angeles Field Office at (310) 477-6565.

The FBI announced a search Saturday for an armored military Humvee that was stolen from a National Guard facility in Bell.