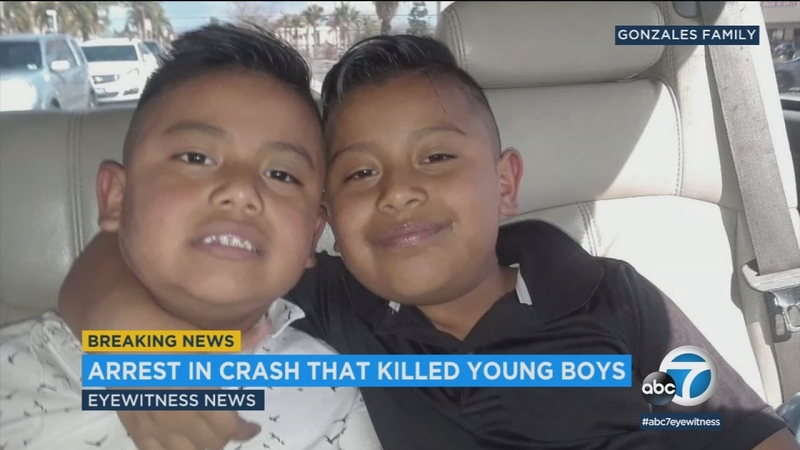 MEAD VALLEY, Calif. (KABC) -- The second suspect believed to be involved in a deadly street racing crash in the Inland Empire is now in custody in Washington state.

Josue Leyvas Gallegos, 30, of Perris, was taken into custody at a DMV after attempting to register a vehicle in Kent, Washington.

The crash happened two weeks ago in Mead Valley, on Oakwood Road east of Brown Street.

The CHP says one driver was racing on the wrong side of the road and couldn't see an innocent driver coming in the opposite direction. That's when he slammed into him.

Two young brothers, Antonio Gonzalez, 8, and his 6-year old brother Dominick were killed, sitting in the back seat of their vehicle.

One of the alleged street racers was Ricardo Zuniga. He was taken to the hospital and charged with two counts of murder.

The search was then on for the second driver who tried to get away, until he showed up at the Washington DMV.