Street racers bring traffic to a halt during takeover on EB 91 Freeway; 1 arrested 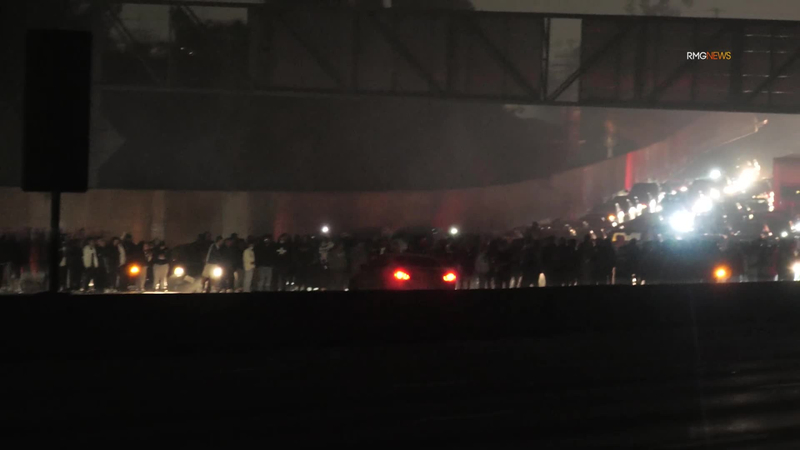 BELLFLOWER, Calif. (KABC) -- One person was arrested early Monday morning after dozens of street racers brought traffic to halt on the eastbound side of the 91 Freeway in Bellflower, authorities said.

The incident was reported about 1:15 a.m. near the the 605 Freeway interchange, according to the California Highway Patrol.

An estimated 50 vehicles were involved in the freeway takeover, shutting down all eastbound lanes for at least 15 minutes, the CHP said.

News video from the scene showed a massive crowd of people standing on the freeway as street racers performed donuts, burnouts and other stunts. Traffic on that side of the 91 was backed up as a result.

CHP units responded to the the location, and one person was taken into custody for an unspecified charge.

All lanes were subsequently reopened to traffic.