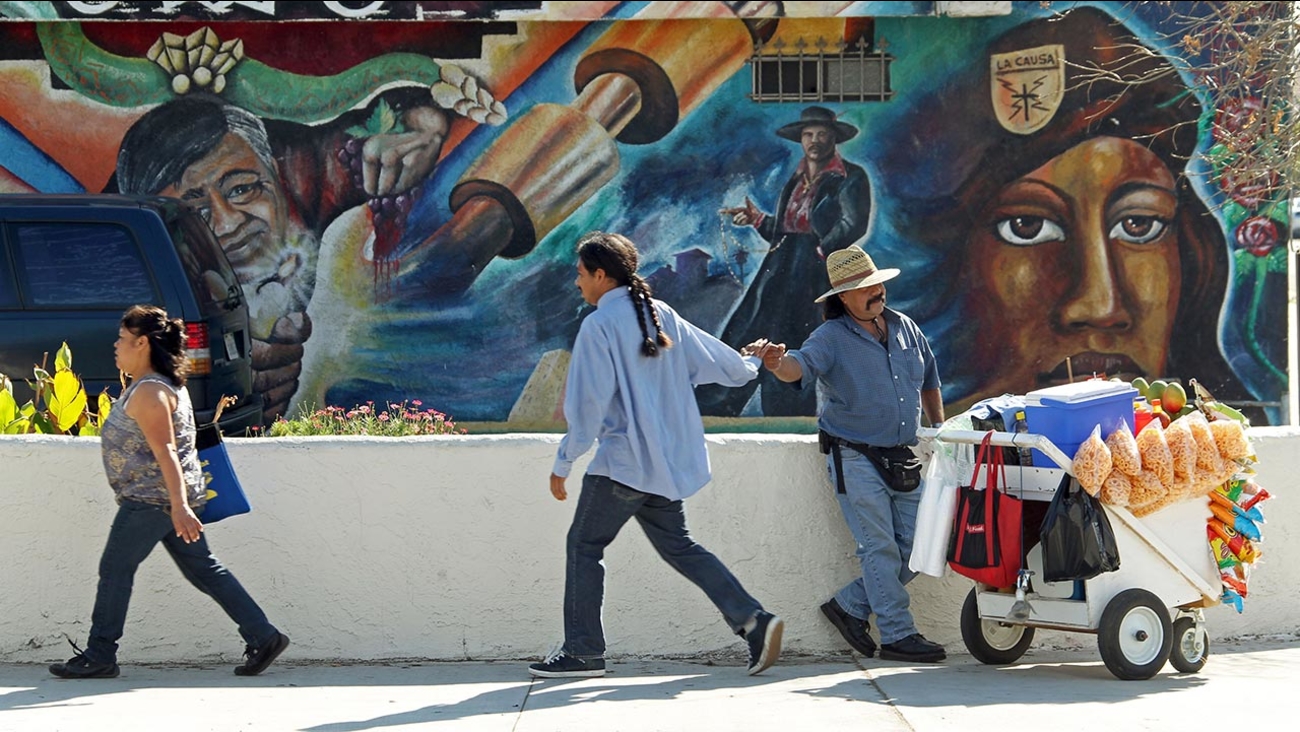 SACRAMENTO, Calif. -- California Gov. Jerry Brown has signed a bill to make it easier for sidewalk vendors to operate legally in the state.

It's one of dozens of bills Brown announced signing Monday, including measures to help voters ensure their mail ballots are counted and standardize balcony inspections.

The new sidewalk vending law will let cities and counties create permit programs for vendors and limits when they can be criminally prosecuted.

"We can start seeing sidewalk vendors for who they are - women and seniors, single parents, and micro-business owners taking that first step to starting their own business," said Sen. Ricardo Lara, the Bell Gardens Democrat who authored the bill, SB946. "Gov. Brown's signature validates that thousands of sidewalk vendors are an important part of our economy."

Sidewalk vendors, who typically sell food or other goods, can be required to hold business licenses and pay taxes under the law. Cities and counties can also establish health and safety policies for vendors.

Lara says he introduced the legislation after hearing stories about sidewalk vendors being harassed and arrested. His office pointed to an incident where a woman selling corn on a sidewalk in Rancho Cucamonga was detained by Immigrations and Customs Enforcement and later released by an immigration judge.

The other bills Brown announced signing Monday include:

-SB759 requires counties tell voters if the signature on their ballot envelope doesn't match the one on file and give them an opportunity to fix it. It aims to ensure votes are counted even if voters' signatures have changed since they registered. It takes effect immediately, in time for the November election.

-AB2218 creates a system that by 2020 will let voters track their ballot through the mail. The system will notify voters once their ballots have been counted and send reminders to those who haven't yet mailed theirs.