Thieves steal $35,000 worth of equipment from Studio City drone store 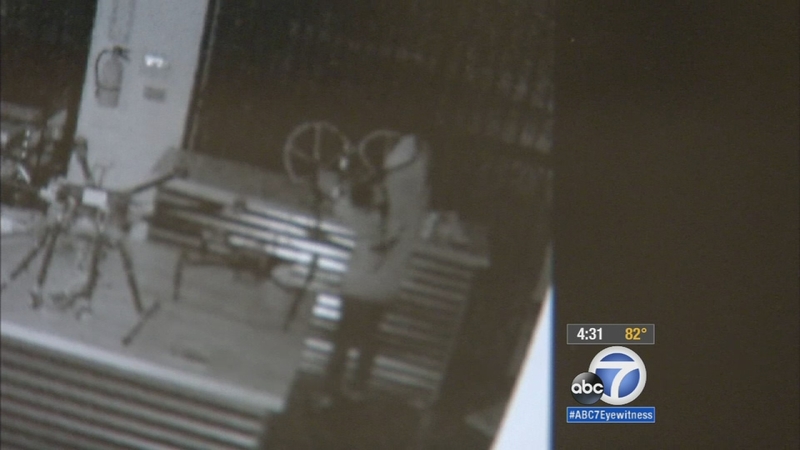 Thieves steal $35K worth of equipment from drone store

STUDIO CITY, LOS ANGELES (KABC) -- Thieves broke into a drone store in Studio City, making off with thousands in cash and merchandise, and it was all caught on camera.

In the video, the thieves are seen smashing one of the windows to enter the store, Drones Plus.

The suspects then crawl on the crowd to avoid activating the motion sensors.

Henderson thinks it's the same burglars that have hit twice before. He says after that, they installed video cameras and cages to lock up the equipment. This time, the thieves used metal cutting tools to break in.

In this latest burglary, the alarm goes off after the thieves enter the cage area. That's when they start to move quickly and grab every box they can.

From another angle, you can see someone picking up several drones off a counter. The price for those is about $2,900 each.

Henderson says it's covered by insurance, and they have all the serial numbers, so they hope if they see any for sale, they can track them down.