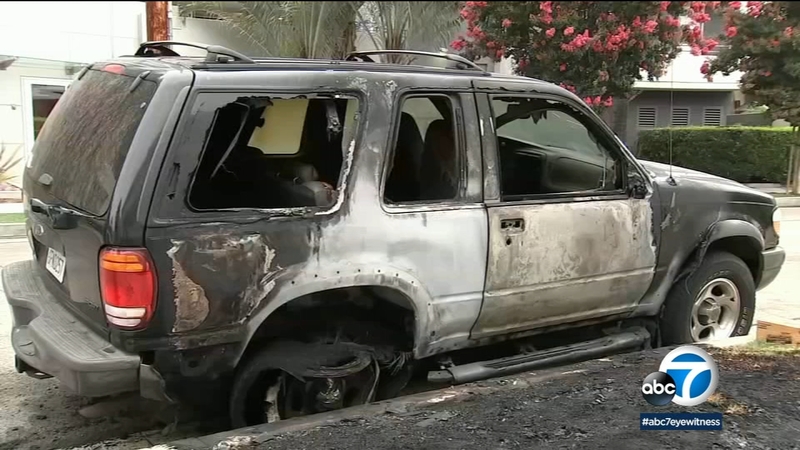 STUDIO CITY, Calif. (KABC) -- A man was taken into custody Friday in connection to nearly a dozen possible arson fires throughout Studio City.

Officials were investigating roughly 11 fires that started near each other between 4 a.m. and 6 a.m., according to the Los Angeles Fire Department.

Crews responded to a reported structure fire in the 11300 block of West Ventura Boulevard, which ultimately turned out to be a dumpster fire, officials said.

"One of them was next to a gas station, so we could have had explosions. All these things make this a significant threat to the community," LAFD Capt. Patrick Leonard said.

AIR7 HD was overhead as authorities set up a command center near the location of the dumpster fire.

Another fire broke out in the 3900 block of Eureka Drive.

"I don't know why somebody would do this one purpose, especially in a highly flammable area like this. I don't get it, I just don't get it," Studio City resident Michele Marotta said.

The suspect has only been identified as a previously convicted serial arsonist.

The LAFD arson and counter terrorism division was called to the scene.

"We're still very early in this investigation, there's still more work that has to be done to confirm the identity, to confirm that all these fires are indeed connected and to determine how they were all started," Leonard said.