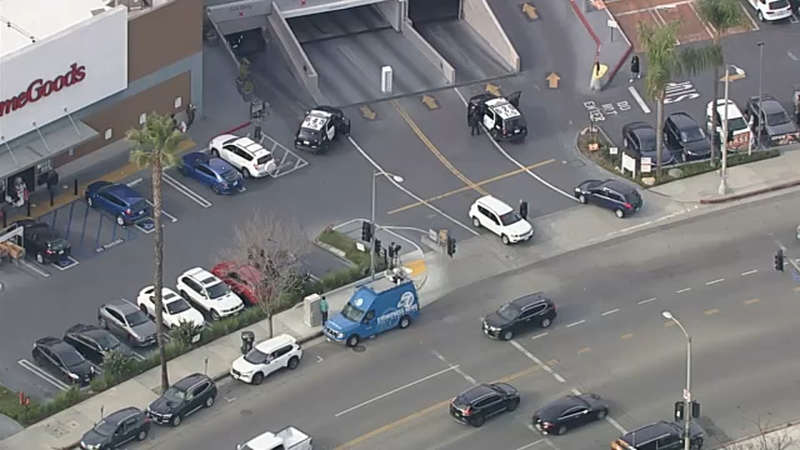 1 person in custody after chase ends at Studio City mall

STUDIO CITY (KABC) -- A dangerous high-speed pursuit came to an end Monday afternoon after the suspect pulled into the parking garage of a Studio City shopping mall, prompting a significant police presence in the area.

The suspect was taken into custody at the scene around 4 p.m. after officers searched the area.

The pursuit started around 2 p.m. near the 210 and 605 freeways after authorities ran the vehicle's plates, which came back unmatched to any car. The driver of the dark-colored Cadillac Escalade fled and at times traveled upwards of 100 miles per hour on multiple freeways.

The driver eventually made it to the San Fernando Valley, swerving in and out of lanes and almost hitting a person who was sitting on the sidewalk at the end of a freeway off-ramp.

After hitting a parking car and sideswiping a city bus in the area, the suspect then managed to pull into a parking structure at the Studio City Place shopping center on Ventura Boulevard, seemingly evading authorities.