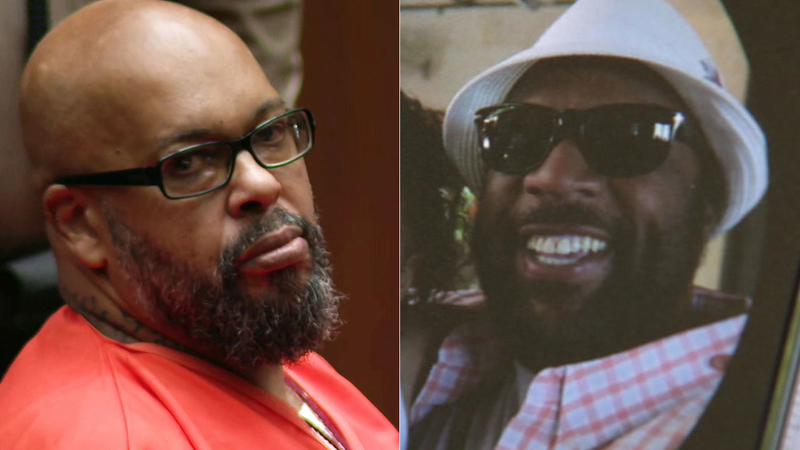 COMPTON, Calif. (CNS) -- A judge declared a mistrial Wednesday in a wrongful death suit brought against Marion "Suge" Knight by relatives of a man run over and killed by the former rap mogul with a pickup truck in Compton in 2015, with jurors deadlocked 7-5 in favor of finding him liable.

Compton Superior Court Judge Thomas Long took the action after jurors announced they could not attain the nine votes needed to reach a verdict. They first announced late last week that they were at an impasse, but the judge urged them to return Tuesday and keep working.

Knight, now 56, pleaded no contest in September 2018 to voluntary manslaughter for killing 55-year-old Terry Carter after an argument near a promotional shoot for the movie "Straight Outta Compton" on Jan. 29, 2015. Los Angeles Superior Court Judge Ronald Coen sentenced him to 28 years in prison a month after his plea.

The video in the media player above is from an earlier story.

Knight testified on a virtual basis during the civil suit trial.

Knight also admitted an allegation that he used a deadly weapon -- a truck -- during the commission of the crime in the parking lot of Tam's Burgers in the 1200 block of West Rosecrans Avenue. A replica of the business was featured during the Super Bowl halftime show on Feb. 13 at SoFi Stadium.

The plaintiffs in the civil suit, filed in June 2015, are Carter's widow, Lillian, and daughters Crystal and Nekaya.

Knight also struck and seriously injured Cle "Bone" Sloan during the confrontation, which was captured on surveillance video. Knight had claimed he was trying to flee the scene in his truck and contended that Sloan, who was working security for the film set, had a gun.

Knight, a Compton-born former football player, co-founded Death Row Records, which in its heyday in the early 1990s was generating revenues of about $100 million per year. He helped launch some of rap's biggest acts, including Dr. Dre, Snoop Dogg and Tupac Shakur. He was with Shakur the night he was gunned down in Las Vegas in 1996.

Knight served five years in prison for assault and federal weapons violations, and after his release in 2001, spent another 10 months behind bars for violating parole by hitting a Hollywood nightclub valet. In August 2014, he was shot a half-dozen times at a Los Angeles-area nightclub.