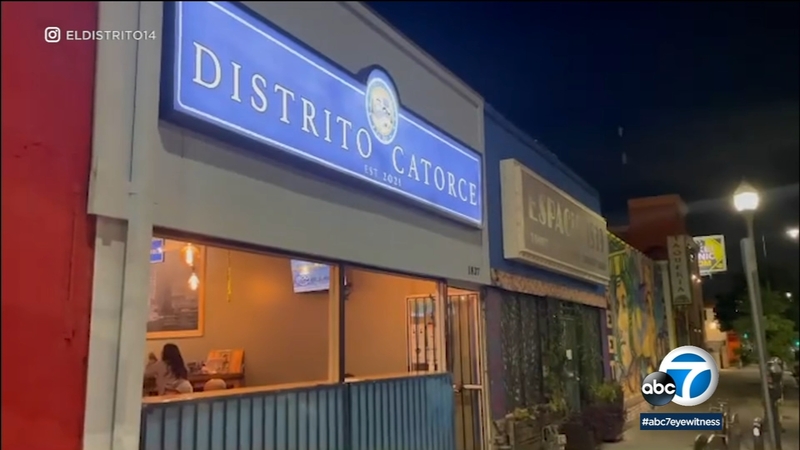 SoCal small businesses hoping to capitalize on influx of tourists

SOUTH LOS ANGELES (KABC) -- The Super Bowl and its accompanying influx of tourists are expected to bring in some $500 million to the Los Angeles area, and small businesses in several local communities are hoping to capitalize on the opportunity.

Chamber spokesman Ernesto Comodo noted: "There's also businesses in Inglewood, in South Central L.A., in Compton, in Watts, that they can come to."

The L.A. South Chamber of Commerce even created a destination guide to let people know there's more to their side of town than just SoFi Stadium.

"Quite frankly, we were kind of left out of the official visitors guide in town," Mack said. "And we want folks to know that there are other places to go, other places to shop, eat, dine, spend their time and their money, besides the places that we know about."
EMBED More News Videos

Mary J. Blige, Dr. Dre and Snoop Dogg said the NFL was late embracing hip-hop and vowed that their Super Bowl halftime show would create more opportunities for the genre.

Across town at the L.A. Convention Center is the Super Bowl Experience, billed as an "interactive football theme park." Not too far is First Street in Boyle Heights, where businesses want people to know about all the hidden gems.

"Not to forget about our beautiful Boyle Heights," Guillermo Pinon, who owns the restaurant-bar Distrito Catorce, said in a video posted on Instagram. "We could use some support. We have some amazing places to hang out here. We've got Chelas across the street, we have Casa Fina across the street.

"There's movies constantly being recorded here," he said. "A Super Bowl commercial is actually here on First Street. If you want to experience what you kind of see in the movies and stuff like that, it's not always Hollywood, Hollywood. It's the outskirts of L.A."