Musical artist Super Sako cements his place in Hollywood, the town where he grew up 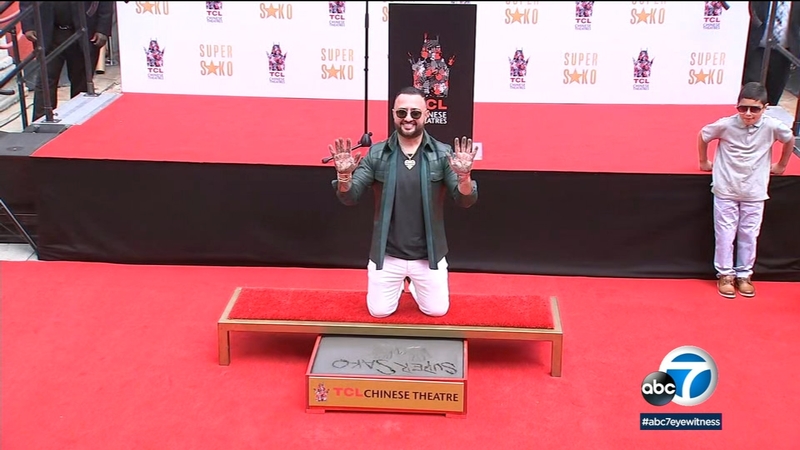 HOLLYWOOD (KABC) -- There are some new handprints and footprints in the forecourt of the TCL Chinese Theatre.

They belong to Super Sako, a singer who had a song that hit No. 1 in more than 75 countries.

He has toured the world, but this Armenian-born singer grew up right here in Hollywood.

"I used to ride here and hang out in the court and put my hands in Michael Jackson's handprints and dream about one day getting mine," said Super Sako.

"I never forget where I come from, and I'm thankful for everything," he said.

That includes being thankful for his enormous hit, "Mi Gna," which translates from Armenian into "Don't Go."

"He tapped into type of music which we call R&B and rap in America, except it had this soul of Armenia in it so that's double trouble," said singer Andy Madadian.

"He made more international the Armenian music and the community is, I mean, you can see, everybody's happy. Everybody's proud," said singer Armenchick.

Super Sako had both of his children put their handprints in cement with him to make his day even more memorable.

"I was just a kind in a garage studio making songs, you know? Then next thing you know, I have a worldwide hit, like, 170-something countries," said Super Sako. "So it's just a dream come true."

Next up: a crossover song with Offset from the hip-hop trio, Migos set to be released on May 20.