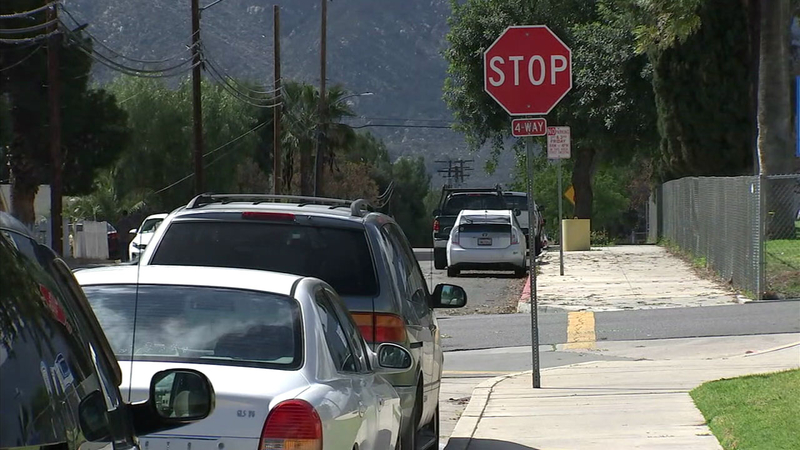 Suspect in fatal Lake Elsinore hit-run turns himself in

LAKE ELSINORE, Calif. (KABC) -- A Lake Elsinore man turned himself in Wednesday night in connection to a hit-and-run crash that claimed the life of a 10-year-old boy.

Riverside County Sheriff's Department officials said David Loperena, 26, turned himself in. He is suspected of killing Anthony Ochoa as the child and his family crossed the street Tuesday night.

The family was in the crosswalk when the driver of a pickup truck ran the stop sign near Summer Avenue and Langstaff Street. The driver fled the scene without stopping, authorities said.

Authorities are investigating a hit-and-run that claimed the life of a 10-year-old boy who was walking with his family to his grandmother's home in Lake Elsinore.

Anthony was rushed to the hospital, but did not survive. He was a third grader at Elsinore Elementary School, right across the street from where he died.

Authorities had described the suspect's vehicle as a red Chevrolet truck with chrome rims and a broken windshield.

A mugshot of Loperena was not available.