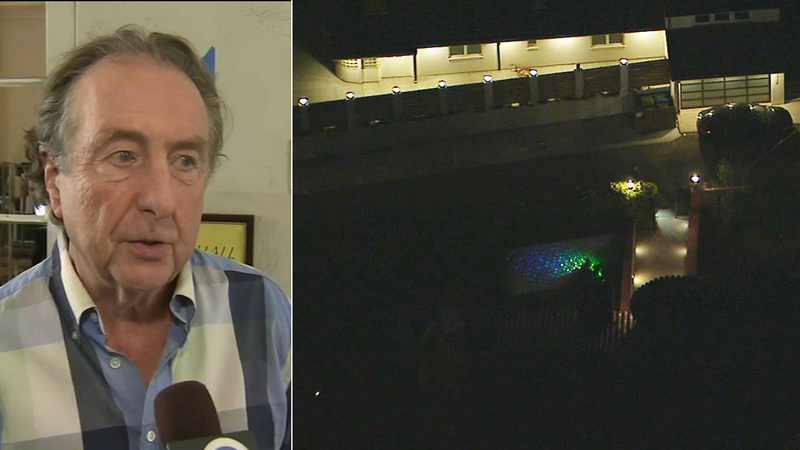 A hazmat team responded to the 3100 block of Floye Drive in the Hollywood Hills. Public records and neighbors indicate the home belongs to the comedian and actor of Monty Python fame.

Around 6:23 p.m. a resident reported to authorities that a certified envelope had been delivered to the home and when opened, a white powdery substance came out.

The nature of the substance has not been identified.

Two people from the home were transported to a hospital as a precaution, but were not showing any symptoms of illness.

Officials later said it appeared the substance was not a white powder but a dust or residue on a letter from a shipping company. The substance will be tested.

Fire officials said the letter came from a shipping agency that later apologized.

At least one resident said Idle is a great neighbor who has lived in the area for a long time.

Idle, 76, was a member of the British comedy troupe Monty Python and is author of the Broadway musical "Spamalot," which is based on the group's work.