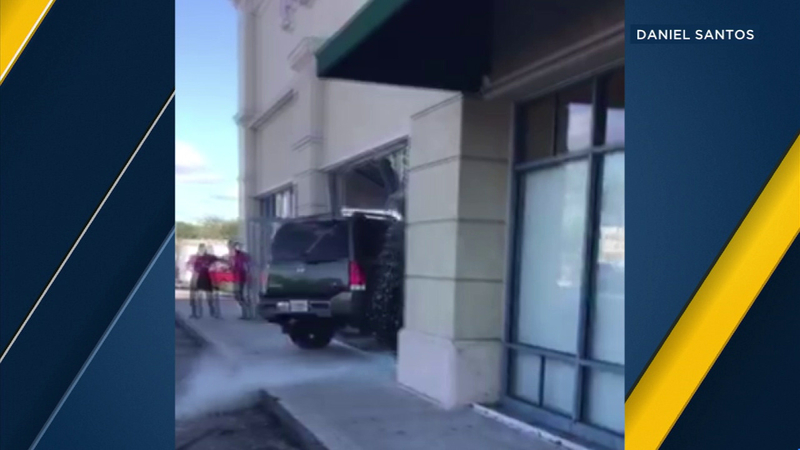 PALM SPRINGS, Fla. (KABC) -- Police said an angry customer drove her SUV into a T-Mobile store after a dispute over an iPhone on Thursday. The incident was all caught on video.

Witnesses told ABC affiliate WPBF in Palm Springs, Florida, that the woman jumped the sidewalk, drove into the store and got out of the SUV and began smashing things with a broken window frame.

Authorities said the woman was upset that she had to pay to have her cracked iPhone screen replaced when she claimed to have phone insurance.


Officials said one employee suffered an injury after the SUV knocked over a display case onto the employee's leg. The employee was taken to the hospital for treatment.

The suspect, who WPBF identified as Shinobia Wright, caused $30,000 worth of damage to the store, according to police.