Democratic Assemblywoman Sydney Kamlager received nearly 68% of the vote in the race to represent the district that stretches from downtown Los Angeles to Culver City.
City News Service 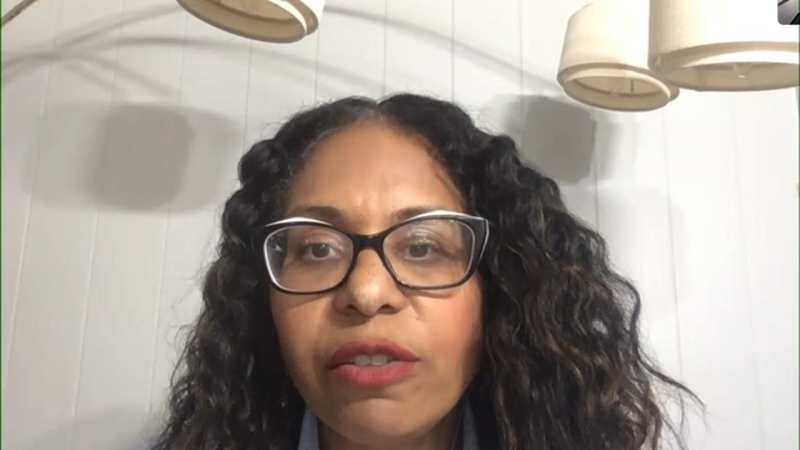 LOS ANGELES (CNS) -- Democratic Assemblywoman Sydney Kamlager will be sworn in to the state Senate later this month after receiving two-thirds of the vote in a seven-candidate field to win the special election to fill the vacant 30th Senate District seat.

Kamlager received 67.67% of the vote in Tuesday's election, easily surpassing the majority needed to avoid a runoff, according to semi-official results released by the Los Angeles County Registrar-Recorder/County Clerk. Culver City Councilman Daniel Lee, a fellow Democrat, was second with 13.46%.

Businessman/entrepreneur Joe Lisuzzo, one of two Republicans in the race, was third with 6.69%. The third Democrat in the race, Cheryl C. Turner, a trial lawyer and transactional attorney, was fourth with 5.68%.

None of the other three candidates had more than 3% of the vote in the race to represent the district that stretches from downtown Los Angeles to Culver City.

Ballots were sent to all voters in the district, with 10.35% casting ballots. Voters could mail in the ballots, place them in drop boxes, submit them at vote centers or cast ballots there.

The special election was necessitated by Holly Mitchell's election to the Los Angeles County Board of Supervisors in November.

Mitchell endorsed Kamlager, who was her district director before being elected to represent the 54th Assembly District in a 2018 special election.

The 54th Assembly District covers 53.6% of the 30th Senate District, according to the Los Angeles County Registrar-Recorder/County Clerk.

Kamlager, D-Baldwin Hills, was also endorsed by the California Democratic Party, receiving 93% of the votes from the Endorsing Caucus, which is made up of the 2019-2021 Democratic State Central Committee.

California Democratic Party Chair Rusty Hicks called Kamlager "a social justice champion (who) has made transformative changes to reform the criminal justice system and has strongly advocated for environmental justice policies and equity in our education system."

Kamlager said before Tuesday's deadline to submit ballots that her priorities in the state Senate would include:

Kamlager told City News Service she "was prompted to run for state Senate by the urgency of the moment."

"Poverty -- which I've spent a lifetime battling -- has taken a quantum jump this last year," the 48-year-old Kamlager said. "The upheaval thrust upon California's working families by the pandemic requires relentless, bold action to steer us safely to full recovery.

"That means getting folks back to work, getting students back in classrooms, keeping people in their homes and expanding affordable housing and getting our economy back on track."

"We're in the middle of an enormously important budget and legislative session, addressing COVID and people's urgent needs," Kamlager added.

"This is a moment that requires someone who knows how to build consensus among lawmakers and win the votes necessary to usher in real change to our criminal legal system, health care for all, and climate action."

The overwhelmingly Democratic district also includes Mar Vista, Century City, Ladera Heights, Exposition Park, South Los Angeles, Westmont and a portion of Inglewood. It has been represented by a Black Democrat since 1974, including two women, Mitchell and Diane Watson, who held the seat from 1978-98.

Kamlager will be the only Black woman in the state Senate.

"I've seen what happens when we don't have a seat at the table -- policies and budgets fail us," Kamlager said. "I know representation matters. And having a Black woman, a working mother, in the state Senate is critically important for perspective in the fight for recovery, justice and equity."

Kamlager's victory will necessitate a special election to fill her Assembly seat. Kamlager has endorsed Isaac Bryan, who has been a senior adviser to her. Fellow Democrat Heather Hutt, a former state director for then-Sen. Kamala Harris, announced her candidacy Feb. 1.