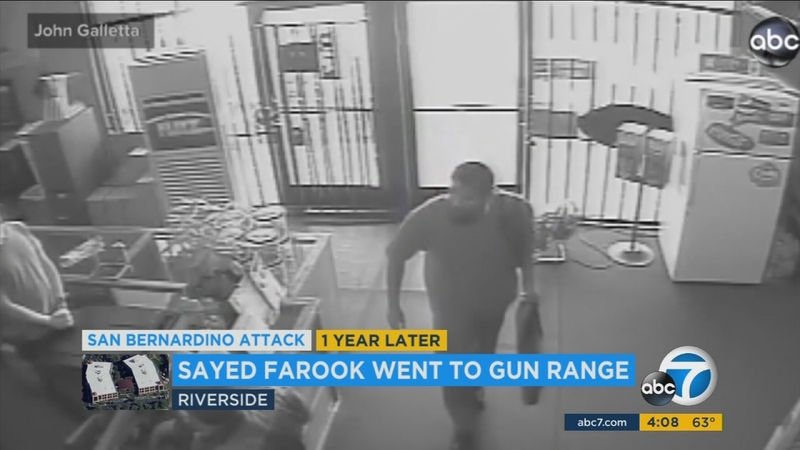 "Nothing stood out as being extraordinary," John Galletta, gun instructor and spokesperson for Magnum Range said.

Galletta said he never met Farook in person, but viewed the business's surveillance video of the visits dozens of times.

"Seemed so calm, so he wasn't jittery there is not part on the video that shows him in any type of agitated state," he said.

Nothing that would indicate Farook was planning to launch a terrorist attack at the Inland Regional Center with his wife Tashfeen Malik on Dec. 2, 2015.

In the video, Farook was seen at one point smiling and appearing to exchange a brief conversation with another gun range customer.

Farook and Malik left 14 dead and 22 injured during the shooting rampage.

During one visit to the gun range, Farook was seen purchasing target silhouettes. He used Lane 7 during both back-to-back visits to practice his shots.

They were the same weapons the FBI determined Farook and Malik used in the attack.

A discarded silhouette in the car belonging to Farook's mother led investigators to the gun range in the wake of the attack.

"Once we determined that he was there we handed that information off to the FBI for their investigation," Galletta said.

Looking back, Galletta said he wished he could've been at the range during Farook's visits. He wondered if he'd engaged Farook in conversation whether or not he could've spotted any red flags.