Disney shops to open at dozens of Target stores 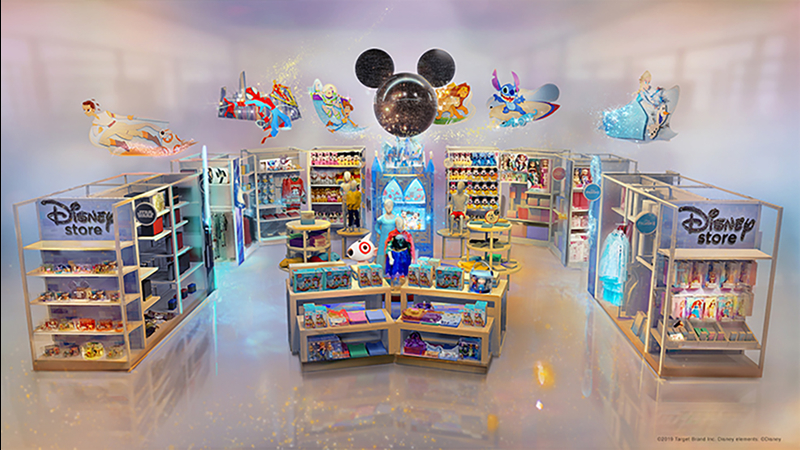 Disney shops to open at dozens of Target stores

Target is hoping to bring the magic of such characters as Mickey Mouse and Elsa to its own customers by opening permanent Disney shops at a cluster of stores starting this fall.

As part of the collaboration with The Walt Disney Co., the Minneapolis-based discounter says it will open 25 Disney-branded "shop-in-shop" locations starting Oct. 4, with 40 additional locations opening by October 2020.

"We're setting out on a new adventure with Disney to bring magical shopping experiences to our guests," Target said in a statement.

Locations include Murrieta and San Jose, California, Chicago, Philadelphia along with Pasadena and Spring, Texas.

Target is also launching a Disney-focused online experience on its site on Sunday. And it's planning a new store near the entrance of the Walt Disney World Resort in 2021.

"This is a great fit for our brand and theirs," said Target's CEO Brian Cornell, who joined Bob Chapek, chairman of Disney Parks, experiences and products, onstage at the D23 Expo in Anaheim, California, to announce the big news in front of a cheering crowd.

Click here to see all the announcements from Disney's D23 fan expo.

The moves, made public officially Sunday, come as Target is looking to build on its strong sales streak. Last week, the discounter raised its annual profit expectations after reporting strong second-quarter profits and sales. The discounter has been sprucing up its stores with new brands and displays.

Disney, which operates about 300 of its owns stores globally, is looking for new ways to reach customers amid weak traffic declines at malls. Bob Chapek, chairman of Disney Parks, Experiences and Products, said there's a 90% overlap between Disney and Target customers.

Disney also has shops at about 600 J.C. Penney stores. But unlike Target's Disney shops, they're not Disney store branded and do not have the breadth of merchandise or the interactive features.

Chapek told reporters that there are no plans to end the agreement with struggling Penney and said that the shops are doing well.

Target, which has long sold Disney merchandise, says the Disney shops will average about 750 square feet (70 sq. meters) each and will be located near children's clothing and toys. They will feature more than 450 items, including more than 100 products that were previously only available at Disney retail locations. The shops will feature music, interactive displays, photo opportunities and a seating area where families can watch Disney movie clips.