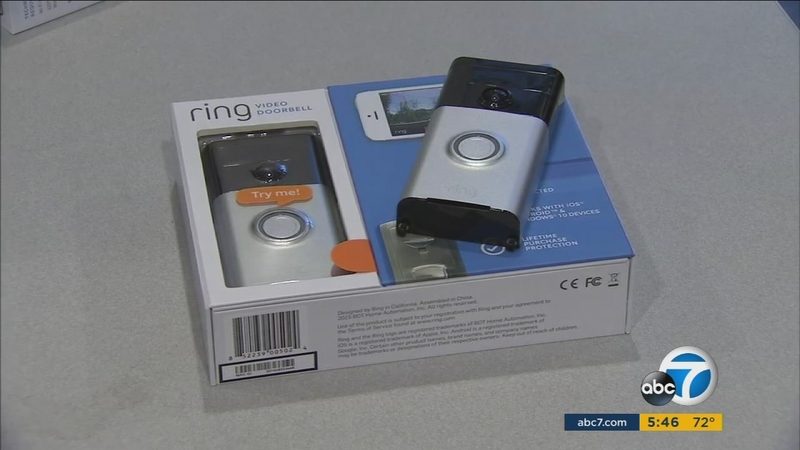 WILSHIRE PARK, LOS ANGELES (KABC) -- The Los Angeles Police Department has partnered with a tech company to provide free doorbell cameras to homeowners in an effort to reduce burglaries.

The Santa Monica-based company Ring donated 500 of its video doorbells to neighborhoods in the Wilshire Park and Country Club Park communities of Los Angeles.

The result was a 55 percent drop in burglaries in the second half of 2015, according to LAPD Capt. Vito Palazzolo.

The device links smartphone users to their doorbell and a camera activated by motion or someone ringing the bell. The homeowner can see and talk to the person at the door without indicating if anyone is home at the time.

Homeowner Jon Sims said the device may have recently prevented a burglary at his home.

"I was driving home from work and all of a sudden I hear this sound on my smartphone and I answered it and I saw this individual at my front door," Sims said. "I think it potentially saved me from being burglarized."