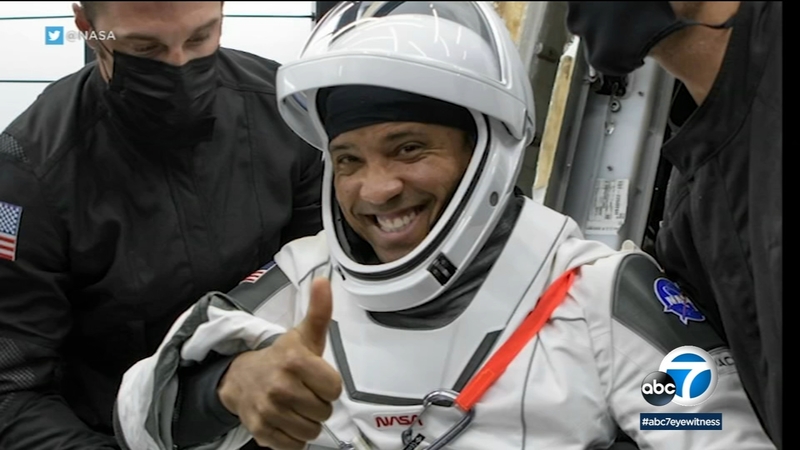 Astronaut Victor Glover made history as the first African American to board the International Space Station for an extended mission.

Glover served as pilot of the SpaceX Crew Dragon spacecraft and was second in command for the mission - a mission launching November.

Glover says he's glad to have been in the position.

The SpaceX crew, comprised of four men and a woman, made the historic mission to the International Space Station.

SpaceX has delivered four astronauts back to Earth, making the first U.S. crew splashdown in darkness since the Apollo 8 moonshot.

It was the first of six crew missions NASA and SpaceX will fly as part of the agency's commercial crew program.

Glover, a Southern California native, is elated to be a part of such a historic mission.

"It wasn't something that I chose or that I set up, but now that we've done it, I'm glad that we get to celebrate," he says.

NASA and SpaceX is working with the U.S. aerospace industry to return launches with astronauts on American rockets and spacecraft from American soil.

This first successful mission returning to Earth splashed down during the early morning hours under parachutes in the Gulf of Mexico, off the coast of Panama City, Florida and was successfully recovered by SpaceX.

"I've been receiving a lot of emails and messages from folks that say 'Hey, my kids saw you and they're so excited. It's great he can look at that NASA TV broadcast and see someone that looks like him,' and I think that's important," Glover says. "I think we all need to be able to dream in all colors."