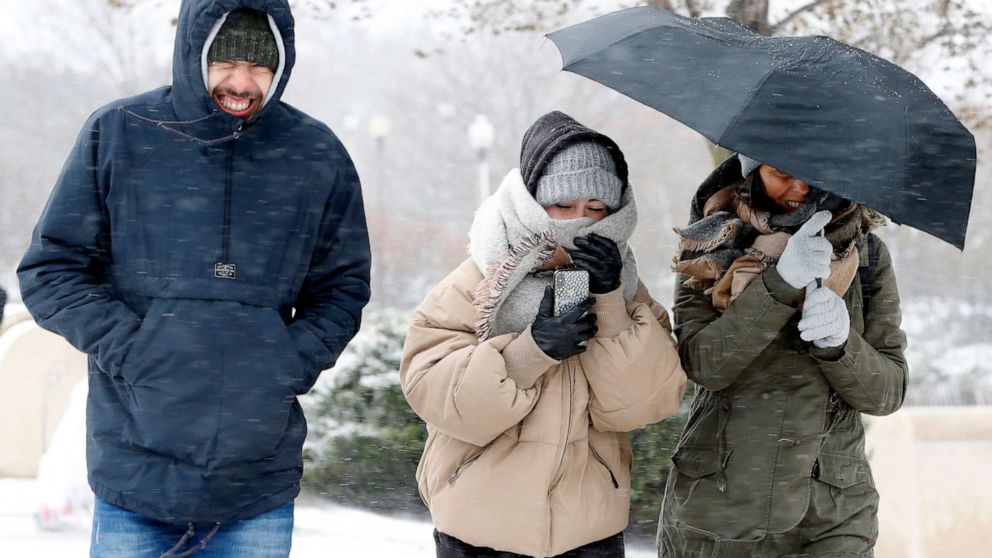 Early season snow and frigid temperatures barreled through the Midwest and are now taking aim at the East Coast.

Temperatures plummeted in the Midwest Tuesday morning, falling to a bone-chilling 7 degrees in Chicago and 4 degrees in Madison, Wisconsin, breaking daily record lows in both cities.

A quick-moving storm also brought a blanket of snow to the Midwest, turning interstates into ice rinks and sending cars spinning out of control.

Detroit saw over 9 inches of snow in 24 hours, a new record for the city's biggest November snowstorm ever recorded.

Even Nashville saw nearly half an inch of snow Monday night, the most snow this early in the season since 1996.

While the snow and rain aren't expected to last long, the temperature change along the East Coast is extreme.

On Wednesday morning, the wind chill, or what it feels like, is forecast to reach 6 degrees in Boston, 13 degrees in New York City, 23 degrees in Atlanta and 10 degrees in Indianapolis.

But some relief is on the way -- warmer than average temperatures are expected across the country for much of next week and into the beginning of Thanksgiving week.
Report a correction or typo
Related topics:
abc newsnational
Copyright © 2020 ABC News Internet Ventures.
More Videos
From CNN Newsource affiliates
TOP STORIES