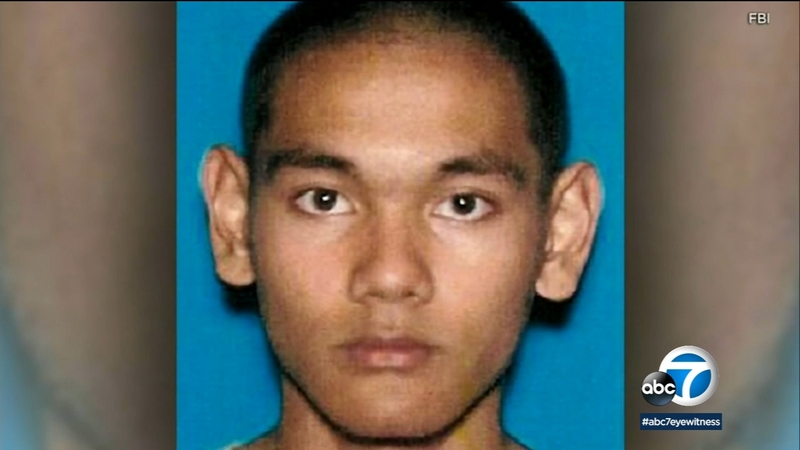 Mark Domingo's family home in Reseda was quiet on Tuesday. The blinds were closed and curtains were drawn. There was also a lock on the front gate. They don't want to be disturbed.

Neighbors are going by because they are stunned this could happen in their area.

"It's scary to know that your neighbor is somebody like that, that wants to go out hurt people," said neighbor Michelle Johnson.

On Tuesday, a report from the Associated Press says he was demoted for violating the Uniform Code of Military Justice and did not complete his enlistment contract. That means he broke military law, but there are no details on what exactly happened.

People in the neighborhood say nothing appeared unusual.

"He used to be walking around here when he had his long hair with the braids and stuff, and he seemed like a pretty normal kid. I never talked to him but, I mean, I would see him walking around, you know, just like everybody else around here does," Johnson added.

A Reseda man was arrested for planning a terrorist strike on the Santa Monica Pier and a White supremacist rally in Southern California, federal officials announced Monday.

Domingo appeared in federal court, where prosecutors claim he wanted to detonate explosive devices in popular areas to kill as many people as possible. They say he became a radicalized Muslim who expressed support for violent Jihad.

Officials say Domingo thought he was working with someone who was building a bomb for him but as it turned out, that person was an undercover operative for the FBI. A bulletin sent out to law enforcement emphasizes that Domingo's activities underscore the "continued interest of some U.S.-based extremists to attack the Homeland."

"Mr. Domingo said that he wanted to kill Jews as they walk to synagogue. At other times he said he wanted to kill and target police officers, attack a military facility or attack crowds at the Santa Monica Pier," explained U.S. attorney Nick Hanna.

Domingo is charged with providing support to terrorists. If convicted, he faces up to 15 years in federal prison.