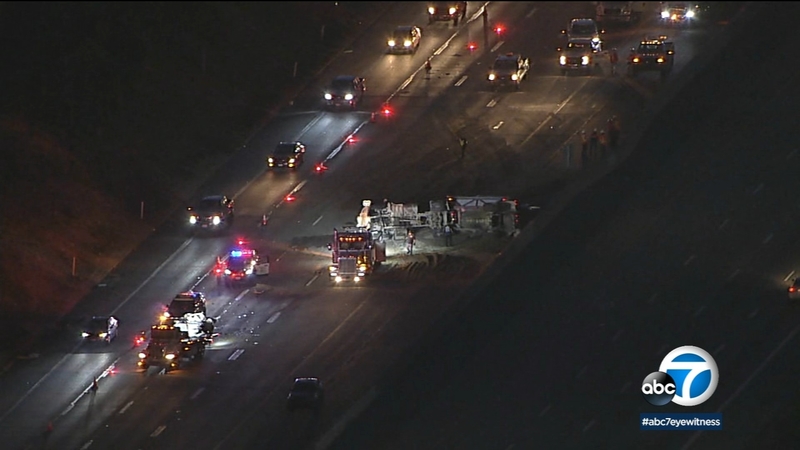 FONTANA, Calif. (KABC) -- Federal investigators have launched an investigation into a fatal crash involving a Tesla on a freeway near Fontana, officials said.

The crash happened May 5 around 2:40 a.m. on the 210 Freeway near Citrus Avenue, according to the California Highway Patrol.

The CHP said a big rig had crashed and overturned five minutes before it was struck by the Tesla.

The Tesla hit the Mack truck driver and a passing motorist who had stopped to help, both of whom were hospitalized with major injuries, investigators said.

The Tesla driver, identified as 35-year-old Steven Hendrickson, was pronounced dead at the scene.

A brazen man was caught on video riding in the backseat of a Tesla as it traveled around the Bay Area with no driver in the front seat.

The National Highway Traffic Safety Agency said it has opened a special crash investigation into the collision.

"NHTSA remains vigilant in overseeing the safety of all motor vehicles and equipment, including automated technologies, and leverages SCI where appropriate," the agency said in a statement.