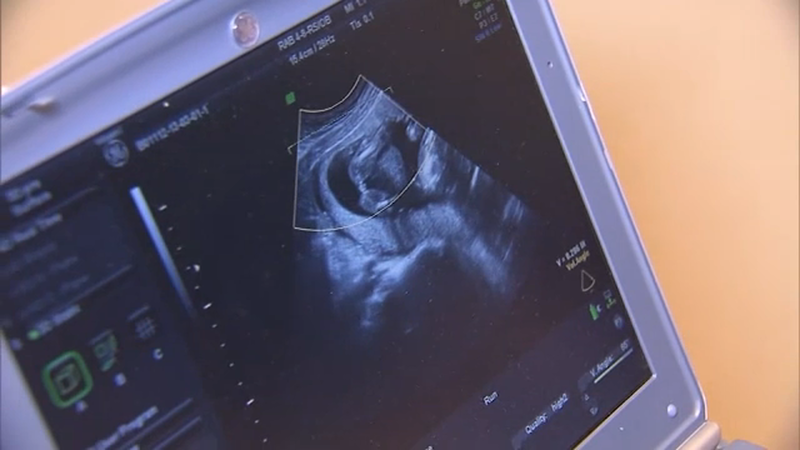 TEXAS -- Texas Senate Bill 8 went into effect on Sept. 1. The bill, which prohibits abortions once a heartbeat can be detected in a fetus, also does not make exceptions for rape or incest.

On Tuesday, as Gov. Greg Abbott signed the controversial voting bill, he was asked about the lack of a rape exception in the abortion law.

"Let's make something very clear, rape is a crime, and Texas will work tirelessly to make sure that we eliminate all rapists from the streets of Texas by aggressively going out and arresting them and prosecuting them and getting them off the streets," Abbott stated. "So, goal number one in the state of Texas is to eliminate rape, so that no woman no person will be a victim of rape."

Texas' abortion law also allows private citizens to personally sue anybody they think is either trying to get an abortion illegally or anybody helping them.

Abortion rights advocates say the Texas law will force many women to travel out of state for abortions, if they can afford to do so and also navigate issues including childcare and taking time off work. It is also expected to increase the number of women seeking to self-induce abortions using pills obtained by mail.
Report a correction or typo
Related topics:
politicstexasrapetexas politicsabortiontexas newswomen and healthwomen's health
Copyright © 2022 KTRK-TV. All Rights Reserved.
TEXAS POLITICS
Matthew McConaughey will not run for Texas governor
Texas governor bans vaccine mandates, including for private employers
Dallas-area couple kicked out of restaurant for wearing masks
White House looking into footage of Border Patrol agents on horseback
TOP STORIES
Man accused of fatally stabbing UCLA grad student arrested
Voting bill collapses, Democrats unable to change filibuster
LA County sees 94% jump in homicides in 2 years, LASD stats show
Increase in SoCalGas bills a shock to some local customers
Vice President Kamala Harris to visit San Bernardino on Friday
COVID-19: 59 new deaths in LA County, positivity rate at schools drops
Man charged in attack on OC vaccine-clinic workers
Show More
Starbucks no longer requiring US workers to be vaccinated
Cardi B offers to pay for funerals of all 17 Bronx fire victims
Man sentenced to life in prison for violent crime spree in LA County
Supreme Court allows Jan. 6 committee to get Trump documents
Biden, 1 year in, says nation weary from COVID but in a better place
More TOP STORIES News