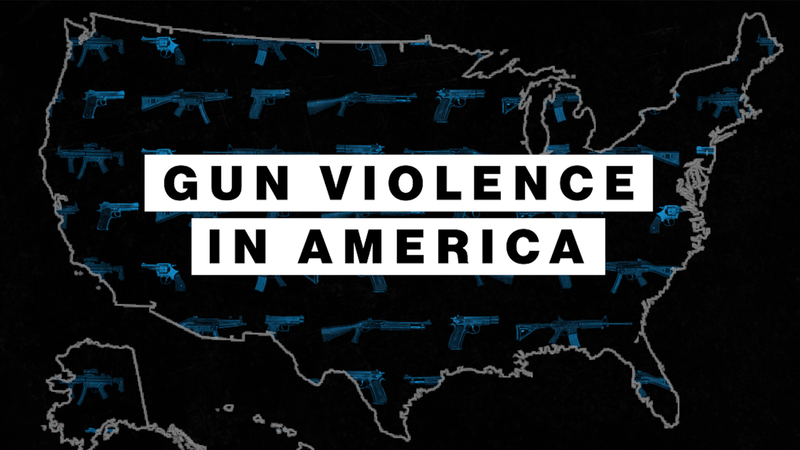 UVALDE, Texas -- On May 24, 19 children and two adults were killed in a mass shooting at Robb Elementary School in Uvalde, Texas.

The shooting comes a little more than a week after another mass shooting at an upstate New York grocery store and week before a gunman killed four at an Oklahoma medical building.

These are the latest in a long history of violence in the U.S. and at American schools.

A mass shooting is described as a gun violence incident in which four or more people are injured or killed, excluding the suspect or perpetrator.

In 2022 alone, as of June 2, there have been 233 mass shootings in the United States that have killed 261 people and injured 1,010 others, according to the Gun Violence Archive, a non-profit organization that collects gun violence reports from media, government, law enforcement and commercial sources. The Gun Violence Archive likely represents an undercount of incidents, as its daily analysis does not catch every single gun violence incident.

If these incidents continue at the same rate throughout the rest of 2022, the country will reach nearly 550 mass shootings this year.

But the year 2022 is not unique. As illustrated in the graphic above, mass shootings have been on the rise in the U.S. over the last decade. Weighing heavily on the national conscious is the mass shooting at Sandy Hook Elementary School in Newtown, Conn., nearly 10 years ago, when 20 children between the ages of 6 and 7 and six adults were shot and killed.


The number of people injured or killed does not include the suspect or perpetrator. These graphics show the number of victims across all mass shootings since 26 people were shot and killed at Sandy Hook Elementary School in Connecticut on Dec. 14, 2012.

Since the 2012 shooting at Sandy Hook Elementary School, the Gun Violence Archive has recorded 27 mass shootings at U.S. schools, including 19 at elementary schools and eight at colleges or universities.

These shootings involved hundreds of victims, including at least 22 people killed and 16 injured just this year -- the third-highest year for school shooting deaths in the last decade. Note, this does not include all people shot or killed at U.S. schools this year, just those who were killed or injured in a mass shooting specifically. Again, a mass shooting incident involving four or more victims.

We remember the lives of the young victims of all these mass shooting incidents.

Funerals began Monday for some of the victims in the Uvalde, Texas school massacre. They'll be taking place almost every single day for the next two and a half weeks.

Even before the mass shooting at Sandy Hook, gun control was a sharply divisive issue in American politics, with massive amounts of funding for political campaigns.

In fact, in the year after Sandy Hook, gun rights lobbying increased by 1.5, from $6 million spent to $15 million, according OpenSecrets. Gun-control lobbying also increased eightfold but only jumped from $250,000 to 2 million. In 2021, the gun-rights lobby saw its highest spending year in more than two decades with $16 million.

The National Rifle Association alone has given many millions of dollars to Congress members, including Sen. Mitt Romney, R-Utah, who has reaped $14 million, both directly and indirectly, from the group.

And as political support continues and gun-rights lobbying increases, so does gun manufacturing. In the last 20 years, the number of firearms manufactured in the United States has nearly tripled from 3.9 million to 11.3 million, according to the Bureau of Alcohol, Tobacco, Firearms and Explosives. When adjusting for population increase, this amounts to more than twice as many guns manufactured in the country per 100,000 people.

According to law enforcement officials, Salvador Ramos, the 18-year-old suspected gunman in the Uvalde shooting, legally purchased two AR-15 assault rifles in the days after his 18th birthday. He carried out the massacre at the elementary school two days later.