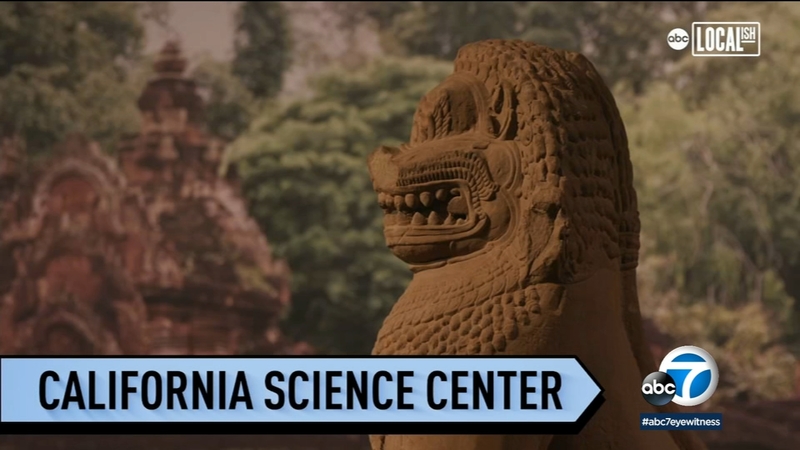 "The theme of the exhibit 'Angkor the lost empire of Cambodia' is really about the rise the decline and resilience of ancient Angkor," said Dr. Diane Perlov, the senior vice-president of the California Science Center.

"To know that we were capturing this amazing ancient civilization for the first time and to be showing it in the best film format in the world at prestigious museums and science centers like this, was really an honor," said Mark Kresser, executive producer of K2 Studios.

There are about 120 original artifacts. The exhibit combines science with interactive areas to explore and learn.

"The legacy left by ancient Angkor and the people really revolves around this rich heritage that they have left us they've been able to maintain," said Dr. Perlov. "In part because they embrace both continuity and change."