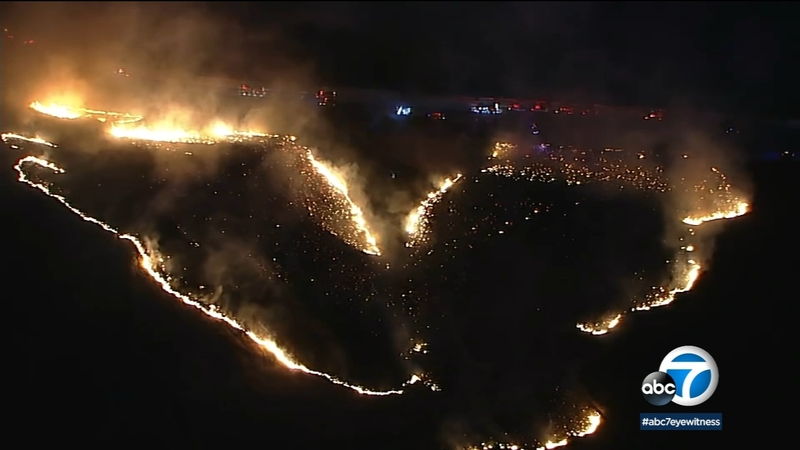 The Erbes Fire was reported shortly after 5 p.m. on a hillside in the area of Erbes Road and Westland Place near the 23 Freeway.

Firefighters say structures were threatened and sheriff's deputies were assisting with road closures, as well as going door-to-door advising residents to evacuate.

The fire quickly grew to about 250 acres as it threatened dozens of homes in the Sunset Hills neighborhood.

By around 8 p.m., firefighters were reporting the forward progress of the fire had been halted and partial repopulation was beginning. Fire crews were expected to remain on scene through the night.

Red flag warnings had been issued for many communities in Southern California on Thursday, as dry winds and warm temperatures increased the risk of fires spreading quickly.

Winds near the fire were estimated at 20-25 mph.