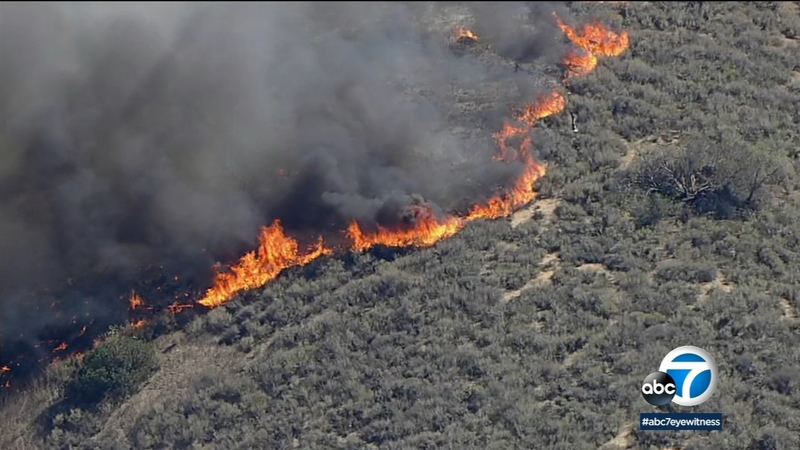 By 6 p.m., firefighters reported stopping the forward progress of the blaze and evacuation orders were later lifted as crews reached 70% containment.

The Country Fire was first reported in the 500 block of Country Valley Road, near Westlake High School, around 3:30 p.m. Amid hot weather, the blaze grew to 10 acres in about 30 minutes.

Three teenagers who were seen near where the fire started were detained for questioning by the sheriff's office and fire department arson investigators, according to Ventura County Fire Department Capt. Robert Welsbie.

Evacuations were previously ordered for the following areas:

- North of E. Thousand Oaks Boulevard on Lakeview Canyon Road and the open space to the west of Lindero Canyon Road

The Ventura County Sheriff's Office were notifying residents of the evacuations and controlling traffic in the area.

About 60 firefighting resources responded as crews battled the blaze from the air and on the ground, according to VCFD. Two firefighters suffered minor injuries, and at least one of them was checked on at a hospital.